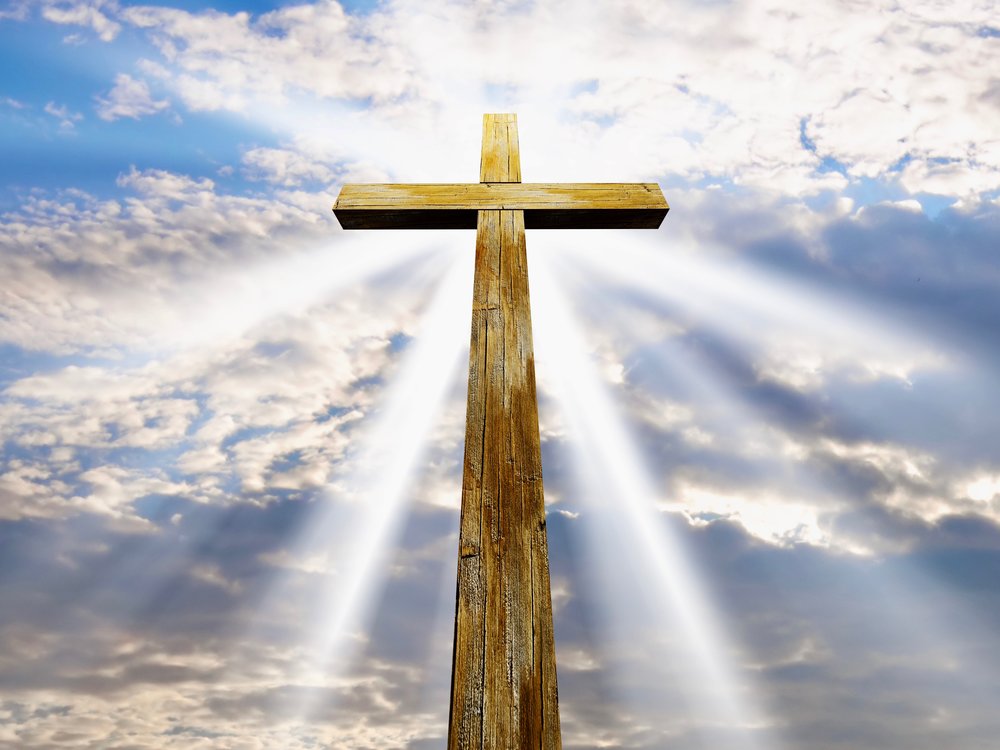 THE POWER OF THE CROSS

Two trees played a very significant role in the history of humanity, starting from creation until the time man was redeemed. The trees are: the tree of life of the book of genesis and the cross of the New Testament. Like how they sound, the tree of life is a tree of goodness and evil, very admiring to the eyes as the ancient serpent affirmed and very sweet to the mouth like Eve attested, the tree of life was quite pleasurable, accepted easily by our  first parents and that tree led man into suffering and death, not because of the nature but because man thinks if he eats it he will be like God and thereby acquire more life and power yet the opposite was the case. In the New Testament, the cross, a tree derided by many, an object of mockery, full of suffering, very shameful to behold, dejected by many, later became the instrument of salvation. What man refused, the son of Man accepted and saved man from damnation.

The Cross:  The Worst Form of Oppression

Crucifixion was a common form of Roman suppression used against individuals and movements which the empire considered threatening. The Roman prefect Quintilius Varus put down the Jewish insurrection at the time of Herod’s death by crucifying two thousand Jews on the roads leading to Jerusalem (Josephus, Jewish War 2.74-76). Seventy years later, when Titus besieged Jerusalem, many tried to escape because of hunger. All those captured were scourged and crucified. Josephus relates that there were up to 500 a day. In fact, so many Jews were crucified by the Romans during the destruction of Jerusalem that they did not have sufficient space and ran out of crosses (Jewish War 5.446-451).

The Cross: Form of Foolishness

When the Apostle Paul went to the great and intellectual Grecian city of Corinth, he said, “I determined not to know anything among you except Jesus Christ and Him crucified” (1 Corinthians 2:2). When Paul described what his message was, he said, “We preach Christ crucified” (1 Corinthians 1:23). To the people of Corinth the preaching of the cross was foolishness, nonsense. In that great intellectual center, the cross of Christ was a stumbling block to the children of Israel, and to the Gentiles it was sheer idiocy. The Greek word here is moria, which literally means “idiocy.” Out of this Greek word comes the word moron. This is how the Corinthians evaluated the crucifixion of Christ. The cross is for them a foolishness. This Gospel of Christ and Him crucified is still foolishness to millions who are perishing all over the world today. Yet the answer to all the world’s problems can be found at the foot of the cross. Here, Paul says, “The foolishness of God is wiser than men, and the weakness of God is stronger than men” (1 Corinthians 1:25)

The Cross: An Abomination

The Roman writer Cicero described crucifixion as: “a most cruel and disgusting punishment…..It is a crime to put a Roman citizen in chains, it is an enormity to flog one, sheer murder to slay one; what then shall I say of crucifixion?  It is impossible to find a word for such an abomination…….Let the very mention of the cross be far removed, not only from a Roman citizen’s body, but from his mind, his eyes, his ears.” The cross, to the Romans, was a vile thing. It was associated with torture, bleeding, nakedness, and agony. It is an abomination to crucify a Roman Citizen.The cross  was reserved for the most wretched criminals and only criminals that were not Roman citizens, but instead were considered aliens or foreigners. They crucified Jesus as the worst criminal in the eyes of many, yet through it, the so-called criminal became the saviour of the world and the most popular till today. Behind the cross there is salvation.

The Cross: An Instrument of Shame and Disgrace

Describing crucifixion in the eyes of the Jews, the New Testament scholar F.F. Bruce said, “To die by crucifixion was to plumb the lowest depths of disgrace; it was a punishment reserved for those who were deemed most unfit to live, a punishment for those who were subhuman.” Philip Ryken summarizes all this with the comment, “The cross was for murderers and rebels, provided they were also slaves or foreigners’. See, the point is, the cross was an instrument of shame and disgrace for the Jews and the Romans. From the New Testament  Dictionary of Theology reads “the cross was a shameful thing, designed “to disfigure, make ugly, to expose one to the ridicule of society. Yet Jesus mounted it to take away our shame. What a love!!

The Irony of the Cross

The cross; a very opposite to the tree of life ,later became the tree of life.What an irony of life.The crowd, the three closest apostles, the other disciples, all ran away from the cross leaving only the Son of man to accept the agony. The Cross is full of pains and sufferings. But without the cross, there will be no salvation. It is good to bring to your notice here that there is a structure in the human cell known as laminin.They are a major component of the basal lamina (one of the layers of the basement membrane), a protein network foundation for most cells and organs. The laminins are an important and biologically active part of the basal lamina, influencing cell differentiation, migration, and adhesion. Laminin has one long string with two other strings either side which twist around the base, forming a cross. What is so amazing about this particular cross-shaped protein is that it is considered to be the “glue” which holds all tissue together – our skin, intestines, our muscles, would all fall apart without this ‘glue’ protein. Perhaps we might think it a coincidence, but then again, perhaps God deliberately designed it this way as a sign and a clue that he knew we would discover, to highlight the importance of the cross!

(i) The cross is our salvation. 1 Peter 2:24  says and He Himself bore our sins in His body on the cross, that we might die to sin and live to righteousness; for by His wounds you were healed.

(ii) At the tree of life, the serpent was happy, he seems to have won the battle but at the cross is not only where our sin is paid for, It is where the devil is conquered, and thus the shape of Christianity. Christianity without the cross is baseless and formless.

(iii The Cross: An instrument of peace. In  – Colossians 1:20 Paul writes “and through Him to reconcile all things to Himself, having made peace through the blood of His cross; through Him, whether on earth or in heaven.

(iv) The Cross: An instrument of power. In 1 Corinthians 1:18  Paul says “For the word of the cross is to those who are perishing foolishness, but to us who are being saved it is the power of God.”

(v) Advancement in the Christian life without the cross is impossible. There is no such thing. The path to pleasing God always involves the cross. For example, if you have not yet trusted Jesus Christ as Lord and savior, you cannot accomplish the goal of pleasing Him without first “embracing the cross”. Placing our faith and trust in the death, burial, and resurrection of Christ. You cannot get there [to the goal] without embracing the cross.

(vii) It is a sign of discipleship. Jesus says “if you want to be one of my disciples, you have to deny yourself, take up your cross, and follow me” (Mathew 16:24).

Every step in life involves a cross. Today people prefer the attitude of the first parents pursuing pleasure, life without the cross, many detest the cross, but later plunged into suffering and difficulties. Shortcuts to success can be enjoyable at the moment but painful at the end. For every step in life there is a price to pay and necessary sacrifice to make. We need to ask ourselves,  and what is the nature of the cross required to take that step? for a spouse, it might be crucifying your own desires in the marriage and being God’s kind of spouse first. For a young person, it might be the cross of avoiding immorality and being focused. It may be a matter of putting off a sinful habit….you know you are not going to make progress spiritually until you deal with it. For others, it may involve putting on a right habit or discipline…..you know you are not going to make progress until you start doing right in this particular area. For students, it might be crucifying laziness and studying hard. There is a price for every prize.

Knowing these, can we not embrace the cross? We are not quick to embrace the cross despite the blessings associated with it because there are things very negative associated with the cross. Do you know what they are: shame, pain and sacrifices. Yet they are worth doing at last. When you embrace the cross, you are opening yourself up to pain. Yet there is no such thing as growth without a cross. There is what always stand between you and that goal you want to achieve?….A cross.