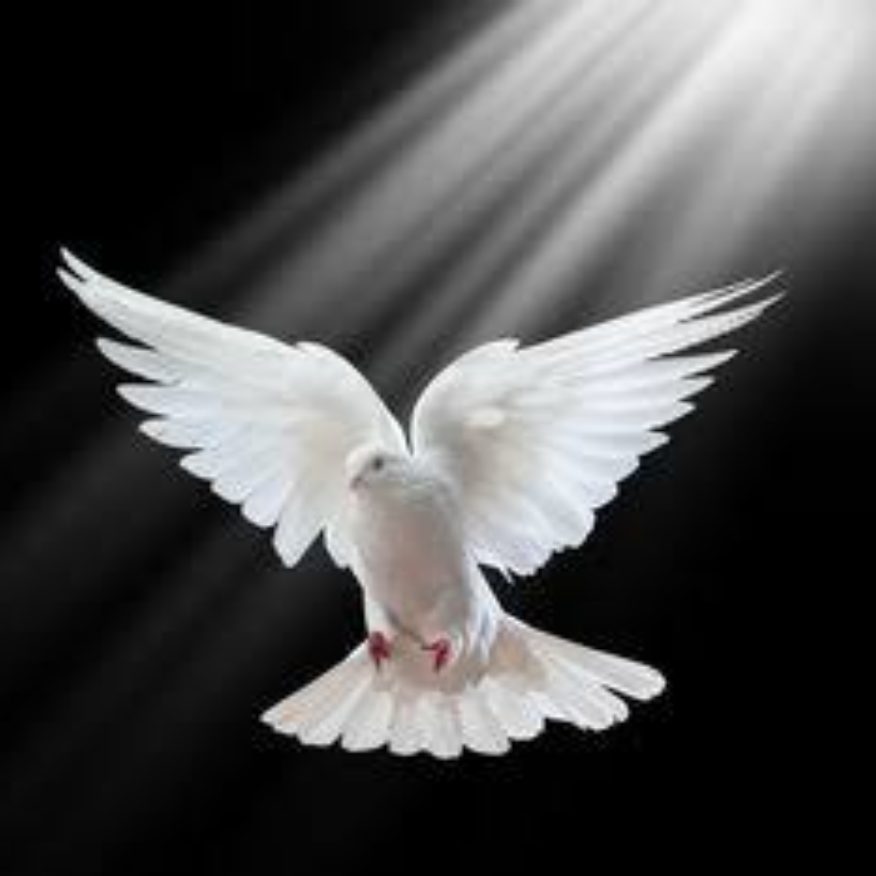 TOMORROW IS PENTECOST SUNDAY AND THANKSGIVING MASS FOR THE NINE DAYS NOVENA, DROP ALL YOUR INTENTIONS IN THE REPLY SECTION, I WILL SAY MASS OF THE HOLY SPIRIT FOR YOU AND FOR THE INTENTIONS. MAY HIS GRACES BE ABUNDANT IN YOUR LIFE

We are called in Different Ways 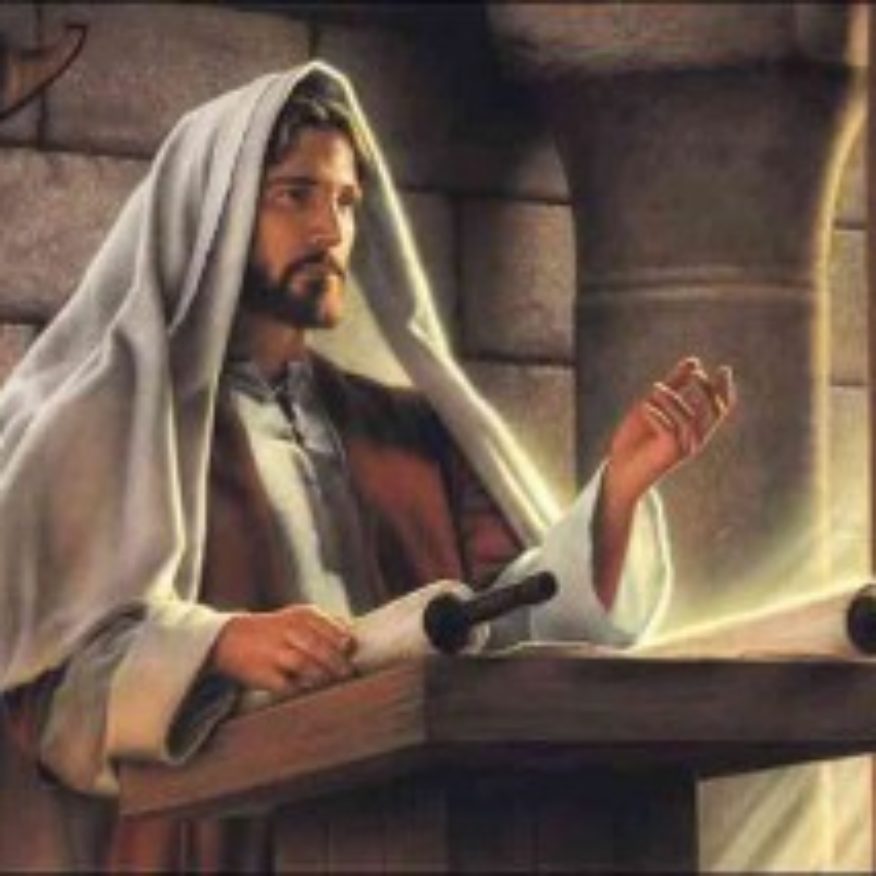 When We Live the Way, God wants Us to Live

Sunday Breakfast with The Word

When We Live the Way, God wants Us to Live

A command is an order that you have to follow, as long as the person who gives it has authority over you. Command, which can be a noun or a verb, combines the Latin prefix com-, meaning “with,” and mandāre, “to charge, enjoin,” so to give someone a command is to say something with the authority that charges him to follow it. You do not have to say no to them. In like terms God’s commandments demands obedience and not otherwise. The truth is that God is the maker of the world, the first reading says for vast is the wisdom of the Lord; He is almighty and all-seeing. So, He knows what we are going to do to make the world a better place, He knows what we are going to avoid to always to receive his blessings and defeat the power of the evil one. Thus, His commandments. To succeed in life, there are some rules of life we have to imbibe, to succeed in school, office, organization, etc there are set out rules you have to obey. They are not there to punish us but as guiding principles to fully achieve success. Thus, Gods commandments are not born out of wickedness to punish but to make the world a better place to live in. There must be something in the commandments that only God who gives them knows. When He says do, we have to do, and when He says do not , we do not have to. It is not to punish humanity but for the benefit of humanity. Example in Exodus 20:12 God says “Honour your father and your mother, that your days may be long. This is repeated in Leviticus 19:3, Ephesians 6;2 etc.

One thing that makes God different from other lawgivers is that He gave man also the freedom to choose to obey or not to obey. Every man possesses this freedom but, in this freedom, there lies reward for each. A philosophical statement says, that every cause must have an effect and effect must have a cause, the effect depends on the cause, so whatever we do either open or hidden, there is a reward awaiting. The commandments are divine and not human, so obedience to them have also rewards which are divine. Disobedience has also rewards which are not divine. The first reading says, if you choose, you will keep the commandments and so be faithful to his will. So, it is not a force but a demand. We do them so that we share in this divine glory and eternal rewards. When we choose not to do them, it is no longer God’s mistake. We made the choice to choose death over life. Sirach says A human being has life and death before him; whichever he prefers will be given him. Adam and Eve were given this freedom, they have before them death and life, but they chose death. They chose the one that is temporal over the eternal. This is actually what we do today, we choose the things that we know that must eventually pass away, over the things that will give us eternal life. Life in the world is for a mean time. So, let us choose wisely.

This is Part of Our Mission

One of the things that specially characterized the mission of Jesus is his teaching ministry. The mission is not circumvented only around healings and miracles but teaching. Every day you see Jesus moving from one place to another teaching. This is our mission. Luke 15 :7-10 says that there will be more rejoicing in heaven over one sinner who repents than over ninety-nine righteous persons who do not need to repent. Who can imagine then the reward that awaits the one who causes them to repent? Jesus gave the answer in simple terms in the gospel, that such a person will be considered great in the kingdom of Heaven. To be a citizen of heaven, do the things God commands and teach others to do the same.

Let us not forget that reward also awaits the one that disobeys, and the one that pushes others to sin. For anyone who infringes even one of the least of these commandments and teaches others to do the same will be considered the least in the kingdom of Heaven. In Mark 9:42, He says that If anyone causes one of these little ones, those who believe in me to stumble, it would be better for them if a large millstone were hung around their neck and they were thrown into the sea. When we teach others, let us be mindful of what we teach them, what they learn from the way we live, and how we influence people positively or negatively. We must be answerable to the souls we lead to God and the souls we lead astray. This is why St. Justin always prays, lord Help me to bring back the souls I may have led astray either knowingly or unknowingly. God loves His commandments so much that He wants us to handle them with care, obedience and wisdom.

If Your Right Eye causes You to Stumble

The word to stumble is skandalon which means the bait in a trap, or a stumbling stone in a pathway, a camouflaged pit into which an unwary person might fall. The idea here is that our senses and capabilities, given by God for good, become instruments of evil when misused and cause us to stumble and fall.   Those things that have the potential to do good or to give pleasure; money, sex, a glass of wine, have been misused and this has been the ruin of more people. Jesus uses a hyperbole (exaggerated language) when He says we shall cut the bodies off. This was crafted to make a point. Jesus’ point is not that we should pluck out our eye or remove our hand. His point is that sin is so deadly that we need to be deadly serious about eradicating it from our lives. We dare not compromise with evil. And to eradicate it, we have to start from the source or the root.

When we pursue the things of heaven, the earth will become habitable but when we are solely interested in the things of the world , we lose the richness of heavens and the world itself becomes unhabitable .Imagine a world where peace reigns, where brotherly love governs, where forgiveness rules. Imagine a world where people are interested in the good of the other, rather than causing his downfall.

Imagine a world where there is no quarrel, no killings, no terrorism, no kidnapping, no wickedness, no court cases, no of killing the other for selfish purposes.

Imagine a world where all wish the good of the other. but now jealousy, wickedness hatred, envy, kidnapping, murder, evil spiritual manipulations have become the other of the day.

Imagine a family that is strongly united in love

Imagine a family where brothers live in Unity, pray and eat together with no squabbles and strongly united.

Imagine a world, imagine that family, imagine you, when we live the way God wants us to live.

If we pursue the things of heaven, we can also create heaven in this world. THE WORLD NEEDS LOVE…..And GOD is LOVE.