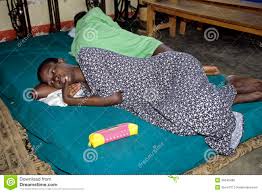 Monday Message for the Depressed 7

IT IS NOT YET OVER UNTIL IT IS OVER

Many people feel that their lives are the worst. Many who are suffering from one ailment to the other see it that their lives have already ended; there is no hope again. Some of also think that their great aspirations have been dashed to the ground by the choices they made or the ones imposed by others, or caused by other limiting circumstances beyond their control. You may feel that you are trapped to the rut, you may think your life has ended, you may think there is no need praying and trying something new because of some hard circumstances hitting you at the face, let me remind you that the God of restoration is not dead. For the fact you are still alive, it is not over yet. I respect whatever the doctors have said over my health, in the same vein, I believe that I have a Mighty a Healer, who continues doing his work wherever their expertise and knowledge stop.

I came across a story known as the tale of Three Trees, a fictitious story that relates the lofty aspirations of three trees; the olive tree, the oak tree and a pine tree. Each of these trees had a great dream to become something special in life.

The olive tree dreamed of becoming a finely crafted treasure chest. It wanted to hold gold, silver and precious jewels. One day a woodsman chose the one olive tree out of all the trees in the forest and cut it down. The olive tree was so happy, but as the craftsman began working on the tree, the tree realized he was not making him into a beautiful treasure chest; but making him into a manger to hold food for dirty, smelly animals. Heartbroken, his dreams were shattered. He felt worthless and devastated.

Similarly the oak tree dreamed of becoming part of a huge ship that would carry important kings across the ocean. When the woodsman cut down the oak, he was so excited, but as time went on, he realized the craftsmen weren’t making him into a huge ship, they were making him into a tiny fishing boat. He was so discouraged and disappointed.

The pine tree lived on top of a high mountain. Its only dream was to always stand tall and remind people of God’s great creation, but in a second, a bolt of lightning sent it tumbling to the ground, destroying its dreams. The woodman came and picked it up and carried it off to the scrap pile.

All three trees felt they had lost their value and worth; they were so discouraged and disappointed. Not one of their dreams had come to pass. But God had other plans for these trees. Many years later, Mary and Joseph couldn’t find any place to give birth to their little baby boy. They finally found a stable and when Jesus was born, they placed Him in a manger made from….guess… the olive tree. The olive tree had wanted to hold precious jewels, but God had better plans and it now held the greatest treasure of all times, the Son of God.  Secondly when Jesus grew up, he needed a boat to cross to the other side of the lake, he didn’t choose a large, fancy ship; he chose a small, simple fishing boat made from..guess… the oak tree. The oak tree wanted to carry important kings across the ocean but God had better plans. The oak now carried the King of kings.

A few more years, some roman soldiers were rummaging around in the pile of scrap wood where the discarded pine tree lay. That pine tree just knew they were coming to cut him up for firewood, but to its surprise, they cut some pieces out of it and formed them into a cross. And it was on this pine tree that Jesus was crucified. That tree is still pointing people to God’s love and compassion to this day.

The lessons are clear; all three tress thought they had lost their value, that their stories were over, yet they became integral parts of the greatest story ever told.

You may not understand everything you are going through right now, but hold your head up high, the God of restoration is not dead yet. Your brothers and friends have all lost hope in you, but God says there is still hope. They have tagged you a never do well because of a single mistake you made but God says; your future is still brighter. All you encounter in this world are still within the natural but God is Supernatural (above the natural). Your dreams may not have turns out exactly as you have hoped, but the bible says that Gods ways are better and higher than ours ( Isaiah 55:8-9) and his way  are perfect (2 Samuel 22:31, Psalms 18:30) When everybody else rejects you, remember there is still someone who stands before you with His arms wide open. He always accepts you. Only he knows your value and only He can stand for you even when all you trusted leave you abandoned. Only a simple touch from Him can revive you. Never accept it is over, until it is over.  The Doctor said you may die but God says you may not. The doctor has said your sickness can never be cured, but God says it can.

No matter what you go through in life, no matter how many disappointments you may have suffered, your value in Gods eyes does not change. He will never give up on you, so don’t give up on yourself yet.

2 years ago • MONDAY MESSAGE OF HOPE