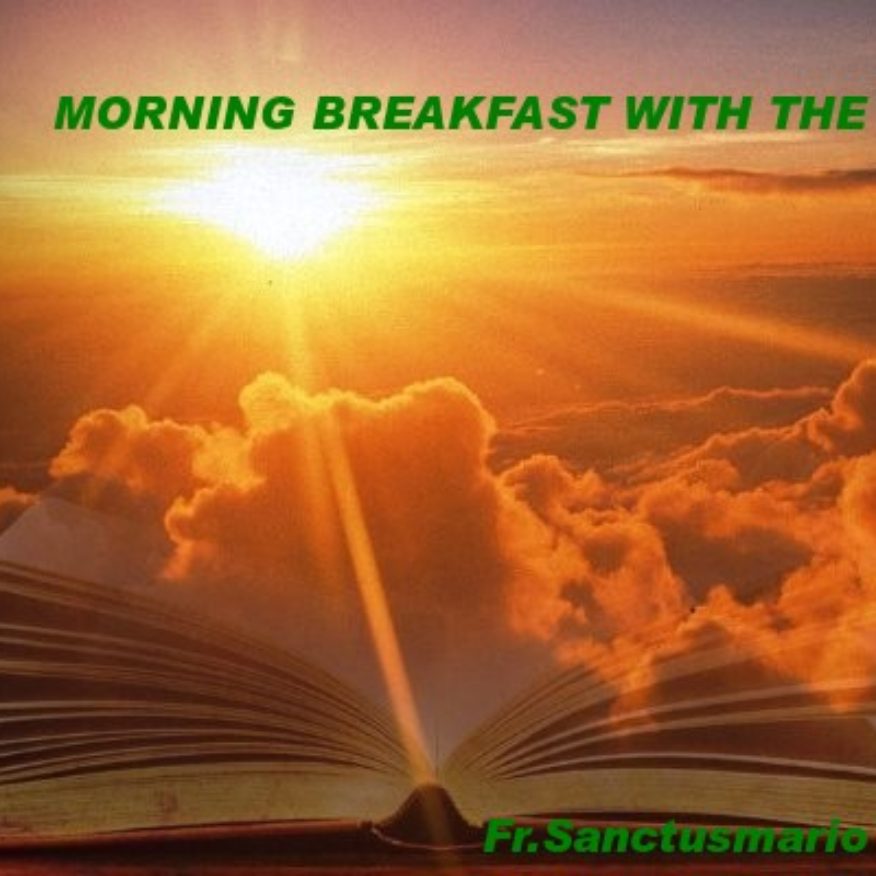 Morning Breakfast With the Word June 18 2020

It is so certain that we do pray to God, it is not debatable that many do not fail to attend prayer sessions and  Holy masses at least every Sunday and even societies and meetings but the question for us is how do we do them? Do we mean our prayers? After taking time to teach us not to do like the Pharisees, Jesus then shifted his attention telling his followers not to pray like the gentiles and pagans of His time who use empty phrases and also think that the more words they say, is a way to push God into action.

May God help us dearest and give us the grace to continually come close to Him. May He answer your prayers in a way you least expected Amen.

What We do is Only for God

The Heart that Loves

Solemnity of the Sacred Heart of Jesus

The feast of the Sacred Heart reminds us of the true nature of Jesus Christ. This helps us to know the type of person Jesus is, especially whenever we approach Him in prayers.

The only way we can repay this heart is to do the same: to be in relationship with Him, to live for one another, to love one another, to forgive, seek for peace and to promote justice. This is Christianity for you.

May God bless you dearest and give you the grace to come close to Him. May you encounter Him all the days of your life. Amen.

The Heart that teaches us how to love God

3.The Heart of Mary is Full of grace. The Angel Gabriel addressed her as one not just as a greeting but a title. Luke 1:26-28.

May God through the intercession of our Mother Mary help us to live in love and peace. May God shower you with His great love today Amen.

The Heart that Loves 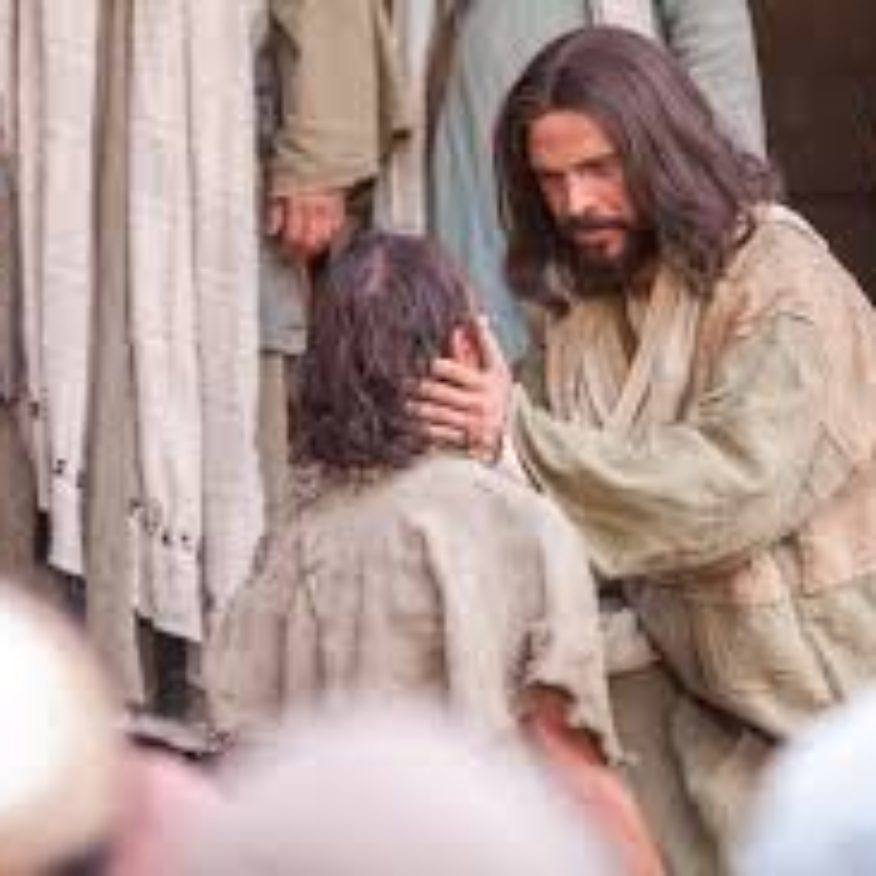 Be Not Afraid of Them

There are times in life when we face circumstances, sometimes at this point we lose hope and faith in God. Many darkest moments and circumstances sometimes plunge us into fear either because of the uncertainty of the future or because we have concluded that the battle at hand can never be won. Today we have a lot of battles both physical and spiritual going on in our lives, but sometimes we think that the oppositions are far more greater than we are. Today many are dying in secret, some are being persecuted, some see evil and cover it, not because they like what might be happening but because they have concluded themselves to be weak and powerless in the face of evil. Today we are more interested in protecting ourselves than criticizing evil. Fear has led many to bury their mission on earth because they are afraid of criticism, afraid of what people will say, and afraid of people who might attack them.

To understand the first reading very well. Let us begin from the verse one of Jeremiah 20. The situation is that the priest Pashhur had Jeremiah beaten and imprisoned, because He heard him prophesying. He allowed Jeremiah to stay in prison a whole full day. The next day, when Pashhur released him, Jeremiah stood before his face and prophesied doom for him and his family and in the verse 7, of this chapter, we see Jeremiah in tears and laments. According to Jeremiah God deceived him by allowing Him to pass through a series of troubles.He cried that instead of peace, the word of the Lord has brought insult and reproach all day long”. (Jeremiah 20:8). In verses 14-18, Jeremiah cursed and regretted ever being born. This is exactly what we do in the midst of troubles and distress, This is sometimes our attitude when we face opposition and think God has forsaken us.

Jeremiah faced great difficulties. As a prophet of God; The people threatened Jeremiah with death (11:18-23). He had to contend with lying prophets (14:13-14). Hananiah publicly opposed Jeremiah (28:1-17), He suffered through a siege with his people (32:1-15) even court officials put him in a muddy but waterless cistern (38:1-6). And many more. In this chapter too we saw how the priest, Pashur, struck Jeremiah and put him in prison  (20:1-2). All these pushed him to lament but never wavered. He expressed his frustrations yet never lost hope in God. He did not quit his mission. In verse 11, he demonstrated that despite the hard circumstances, God is still with Him like a mighty warrior and has committed His cause in the hands of God, because of that he remains strong and undefeated.  Just like David who told Goliath in 1 Samuel 17, “This very day I will give the carcasses of the Philistine army to the birds and the wild animals, and the whole world will know that there is a God in Israel.  All those gathered here will know that it is not by sword or spear that the Lord saves; for the battle is the Lord’s, and He will give all of you into our hands.” (1 Samuel 17: 46-47).

Our battle belongs to God. Despite the persecutions Jeremiah faced,The persecutors did not prevail over Jeremiah.Despite the attacks against Daniel, He was victorious.  In the times of our Lord Jesus Christ, the Jews tried many times to arrest Him before his time but they could not (John 10:39, John 7:30, Mathew 21:46) until the appointed time. We can make our own plans, but it is still God who  gives the final answer. (Proverbs 16:1).

Live in the Lord not in the fear of them

1.The readings of today teaches us what we can do in the midst of fear and hard situations. When Jesus says “be not afraid of them’, remember that he is not only referring to your enemies, “them” simply means “not you”. Be not afraid of anything outside you. What we do not understand is that fear is what stands between victory and defeat. Fear does not exist on its own, it must come from the person. So fear is not an existing reality nor in that external circumstance, the fear is coming from you. To go out and win souls, and win victory, we must remove the fear just like David taught the Israelites in 1 Samuel 17. What we owe people is respect.

2.It is quite sad that many today who seem to be the promoters of justice are the ones demoting it. It is quite disheartening that many of us fear to be criticized, we fear to say that this is evil, many close their mouths to speak out against evil because they know they are gaining from it. Yet we are Christians. I am always sad when people say that religion and Christianity are their problems, and forget that these promote peace, progress, and unity, and importantly relationship with God, because life here is nothing but temporary. We are the problem to ourselves. In the face of evil, we close our mouths because we do not want to offend anyone. Today also we have become a wolf to another man.

3.Many Christians today fear men of positions more than they fear God. Many respect their leaders and eat hook and sinker both good and bad, He purges out of his mouth but can never respect any statement from the bible. They do this because of fear or because of a certain favour they think they are receiving and do not want to lose it. Always be at the forefront of truth because at the last day it is still God and not the human being we are going to give account to.

4.Today we fear those who will give us money and gifts but we fail to fear God. Rather, fear him who is able to destroy both souls and body in the hell fire  As we preach and depend on God’s mercy and love, let us not forget that His judgment is real.  Only God has supreme authority over everything. Strong faith in God helps us to overcome the fear of people,

Nothing happens without the knowledge of God and will. In the Gospel, Jesus asks “Can you not buy two sparrows for a penny? And yet not one falls to the ground without your Father knowing. So there is no need to be afraid; you are worth more than many sparrows.

5.This simply means that if God can protect the lives of the sparrows which could not be bought with a penny, is it those he bought with the blood of His Son that He will overlook?. If God can protect and care for them He can do more to us. However, this is not a promise that we cannot face challenges and oppositions but a pointer that despite that, we have to stand strong and confess Him in every circumstance, and every situation. Be blessed, be inspired and stay faithful.

The Heart that teaches us how to love God

2 weeks ago • REFLECTIONS • Tags: Be Not Afraid of Them, June 21 2020, Reflections, sunday homily, sunday reflections

Reflection For Tuesday, 11th Week In Ordinary Time, A

Swallow Your Pride And Be Humble

The Apostle Paul said to the Corinthians, “Who made you so important? What have you got that was not given to you? And if it was given to you, why are you boasting as though it were your own?” (1 Corinthians 4, 7). This passage is good enough as our opening statement on the topic to be treated on pride and arrogance.

The story of King Ahab, his wife, Jezebel and the poor Naboth in today’s first reading is a big lesson for us who prides ourselves as though we own the world. Honestly, we just need to swallow our pride like King Ahab and stop ourselves from judging others: “Have you seen how Ahab has humbled himself before me? Since he has humbled himself before me, I shall not bring the disaster in his days; I shall bring the disaster down on his House in his son’s days” (1 Kings 21, 29).

Particularly, in the first reading, we heard of the divine comeuppance that was prognosticated for the evil Queen, Jezebel who excogitated the gruesome killing of the innocent Naboth. Because of pride, the Queen fell into an abyss of an ended torture, but her husband, King Ahab won a reprieve for admitting his rue.

So many times we see people, because they have been favoured with riches and wealth, behaving as if their lives are in their hands. When we are humble and simple in whatever we are doing, God will accept the little sacrifices that we have done here on earth.

If the nefarious, proud, villainous, iniquitous and immoral King Ahab can repent, it really shows that we are nothing with our riches. Elijah went to King Ahab in the same manner that Nathan had gone to rebuke David (2 Samuel 12, 1ff).

My dear friends, today, we can be like Elijah who prayed to God for the forgiveness of King Ahab. May pride, arrogance, ego, haughtiness, and pompoucity be very far away from us.

Have a great day ahead!