Questioning Jesus’ Authority. What to do When in Doubt. 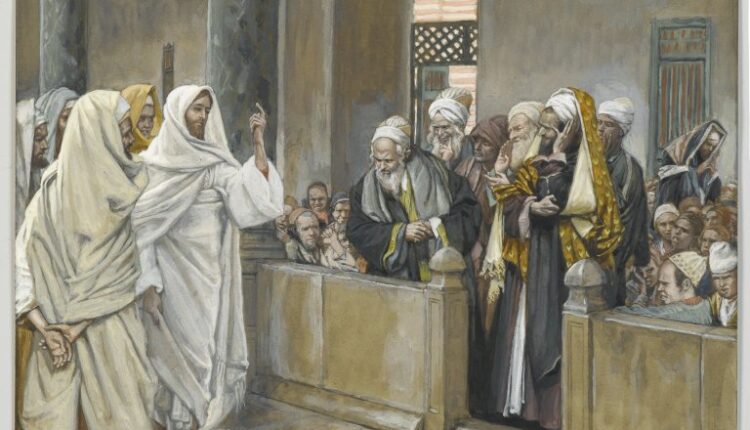 Today’s gospel of Mark 11:27-33 tells us how the scribes and the elders came to Jesus questioning His authority.

When Jesus entered the temple, the chief priests, the elders and the scribes came to Him, asking who is the person that gave him the authority for acting the way He is acting. They said “Who gave you the authority to do these things? Hence, they were busy questioning Jesus’ authority.

The first question we are to ask is “ what do they mean by these things? And to understand this, we have to have to read the previous verses of this chapter from verses 15 to 18.

In this pericope, When Jesus entered Jerusalem, the first thing He did was to enter the temple and drive out all those who are selling in the temple.

In verse 18, we will find out that when the chief priests and the teachers of the law heard about this, their hatred for Jesus increased and they began to look for a way to kill him.

Verse 19 shows that after driving out those who are selling in the temple, Jesus and his disciples went out of the city. Now in verse27, they came back again to Jerusalem.

So, when Jesus entered Jerusalem, they immediately approached Him and began to question who gave him the authority to do what He did. Someone may put it like this “who gave him the audacity to challenge them? Who made him the boss?

So, it could be that the chief priests and elders who were not able to arrest Jesus due to the fear of the crowd had planned against him on what to use to get him caught.

Asking Jesus the source of his authority is like a way to trap Jesus. If Jesus says His authority comes from heaven, they will accuse Him of blasphemy and if He says from the earth, he has gone against the law, because He is not among the leaders of the Jews.

They argued among themselves: ‘If we say from heaven, he will say, “Then why is it hard to believe him?” and if we say from man, everyone knows that John was a real prophet. So they said, ‘We do not know.’ And Jesus said to them, ‘Nor will I tell you my authority for acting like this.’

In this encounter, Jesus teaches us what to do when we are in doubt or when we do not truly know people’s intentions.

What to do in the midst of Doubt.

The questioning of Jesus’ authority shows also how people can come to us with hidden intentions. They may come with some kind of questions and smiles.

We may not know what is actually in their minds. So when people ask you some kind of questions, always think before you answer or keep silent.

Here, Jesus teaches us that it is not every question that requires a straightforward answer. Many times, we need wisdom. We need to think before we speak because what we say maybe what they will use against you tomorrow.

Secondly, the questioning of Jesus’ authority is a sign that they do not even believe in Him yet. They do not see him as the Messiah. They see him as an ordinary man who came from nowhere to challenge them.

Hence, this teaches us that wherever or in whatever you do, do not expect everyone to understand you. Many will not truly understand the motives behind what you are doing. Hence they come in one way to know what is truly behind you.

Thirdly, the questioning of Jesus’ authority also shows that Jesus truly has authority. In Jerusalem, authority lies in the hands of the chief priests and elders.

So Jesus’ response to them is also a way of telling them that His authority comes from heaven, Therefore, we do not see Jesus as ordinary. Jesus is divine. He has authority over everything.

In Matthew 28:18, He says all authority in heaven and earth has been given to me. The religious leaders think they are in charge, with authority, but they fail to recognize Jesus as the Son of God and respect HIS authority.

So, in everything that we do. Let us know also that all authority does not belong to us but to God alone. We are only representing God.

Therefore, do not lead people or treat them as if everything lies in our hands. At last, we shall go back to account in the presence of our creator.

May God help us to always learn from His word. May He shower you with His grace. Amen.

Secrets of An Effective Prayer: Lessons from Cursing of Fig Tree

Unity In the Trinity. Solemnity of the Holy Trinity