Mass Intentions of 21 Days Prayer to Mary Undoer of Knots 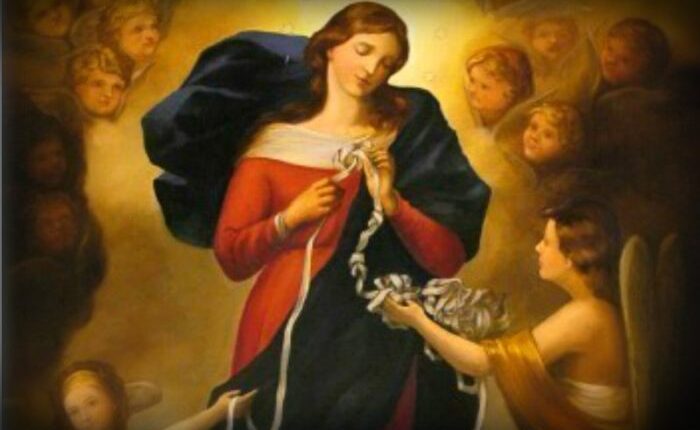 Mass Intentions of 21 Days Prayer to Mary Undoer of Knots

Do you have knots in your life that seem impossible to untie? Turn to Mary, Undoer of Knots!

The devotion to Mary, Undoer (or Untier) of Knots is about 300 years old, but became more widely known as Pope Francis spoke about and promoted it throughout his papacy, and while he was Archbishop of Buenos Aires, Argentina.

Through Mary, “All the knots of our heart, every knot of our conscience can be undone.”

The devotion to Mary, Undoer of Knots is a very powerful prayer. You can send your mass intentions. Mass intentions for this program is compulsory. All these while it has been a free mass, and only few people offer the mass, just few out of many. Now I want every participant of this Program to offer something for the mass, I will involve other priests to join in celebrating this mass for all. You can use the link below and send your mass intentions. Use 3123262795 first bank. All non Nigerians please message your admins, I have instructed them what to do. God bless us as we journey in this powerful program.

Download the 21 Days Prayer to Mary Undoer of Knots

Fidelity to God. Solemnity of Ss Peter and Paul June 29

Group Assessment for the Prayer Journey With The Powerful Angel Michael