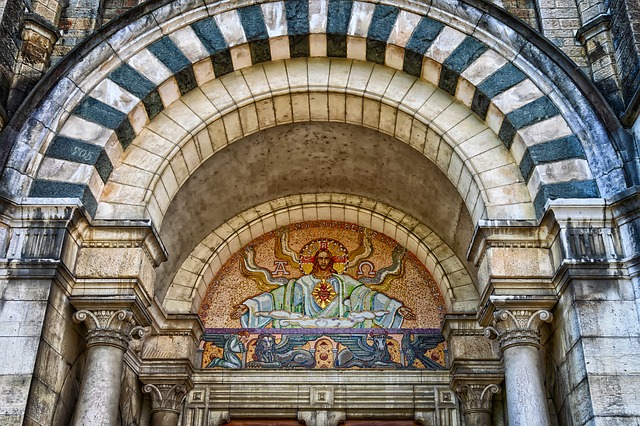 Matthew 17:10-13 comes with the wisdom behind the opposite. The opposite is used to refer to something that is related but different from the way they appear.

It is also something that is completely different from what we see or think of. The opposite may possess the same substance but vary because of the way we see them. This is also when what we expect completely varies from what we see.

The gospel follows the event of the transfiguration which sees the appearance of Elijah and Moses. In their confusion about this appearance, the disciples ask Jesus why the Teachers of the Law said that Elijah will come first.

Making reference to John the Baptist, Jesus responds that Elijah came but the people did not recognize him. In the same way, they would do to the messiah. This in essence points to the fact that God’s promises always come to pass but may not actually come in the way we expect. Sometimes there is more behind what we see.

Some commentators are of the view that the reason for this rejection from the people is because the messiah did not seem to appear the way the Jews expected.

They want the Messiah to appear the way they expected. But God has another way of doing things. Sometimes there may be more behind what we see. Do not be surprised that God has answered your prayers for long but because it did not come the way we want, we were not able to recognize it.

In the book Acres of Diamond, Russell Cornwall tells the story of a poor farmer in California. This Farmer owns a little ranch in 1847. He spends his time praying and seeking for a way to make it in life but he does not know that God had already answered His prayer.

One day He read that gold was discovered in California. The poor man quickly sold his ranch to a man known as Colonel Sutter and journeyed in search of the gold.  One day the little daughter of Sutter took some wet sand into the house and placed it before the fire so that it can dry. As this was happening, a visitor saw in it some shining scales of real gold. The man who sold his ranch never knew He has been sitting on a gold mine.

God has His Own Way of Doing Things.

Like this, we miss so many opportunities because we fail to look beyond what we see. Sometimes the way we see things may not be truly how they will appear, and the way we expect things to happen may not be the way God has destined it to be. In the house of Jesse, God chose the least expected to be the King of Israel (1 Samuel 16). In the messianic genealogy, we can find the list of people underrated and hardly expected to be there (Matthew 1:2-16).

God has His own unique style of doing things. You pray that God blesses you with a humble and peaceful man, but He answers and gives you a short man but because you don’t want a short man, you lose the opportunity.

You pray that God gives you a peaceful woman and He gives you the one who is not a graduate but because you don’t want to marry a village girl, you lose the opportunity. There are times you pray that God blesses you in a big way but instead of giving you big money, God gives you a wonderful idea that will make you great. Because you do not trust your ability to achieve it, you lose the opportunity. Many today have lost great opportunities because they failed to look beyond. Sometimes behind the opposite of what we want is what we want.

Appearance may not be Reality.

Sometimes how we take some people may not be actually who they are. Sometimes the one who is destined to be of good help to us tomorrow is the one we are treating bad today. Remember the Rejected is the Messiah. It is not good to treat anyone bad. Who knows why you meet him or her in the first place.

Behind the rejected Messiah, there is salvation. Sometimes many people we reject and think nothing good can come out from them are ones God put on our path to help us achieve our purpose in life. But because we fail to look beyond the present, we lose them and turn to blame God for not answering our prayers.

The world is like dice. You may not know what tomorrow brings. You may not even know that what you are doing today is what God has put into your path to elevate you but because we fail to look beyond, we give up easily and hence become frustrated in life. Always appreciate whatever and whoever you have now. We may not know the value until we lose it.

Blessings can come in Disguise Matthew 17:10-13

The opposite may be what we truly want. Blessings can come in disguise. Behind some certain circumstances, there may be something good. Sometimes God put us in some certain places or situations but our impatience and inability to find out why things are happening the way they are happening has continued to affect us.

Behind the rejected Jesus Christ there is the Messiah. Hence, behind the opposite of what we pray for maybe what we pray for. Thus behind some difficulties, there are blessings. Behind some certain rejections, there is always a motivation to go higher.

In every situation, find out why things are happening the way they are happening. Let your struggles inspire you more than keep you down. Sometimes blessings are packaged in difficulties. Stay inspired. God knows the reason for everything.

May God bless you dearest and transform your struggles to victory at last. Amen

The Only Way to Avoid Criticism. Friday Second Week of Advent