Jesus Has dominion Over Everything. Monday 19th Week Ordinary Time 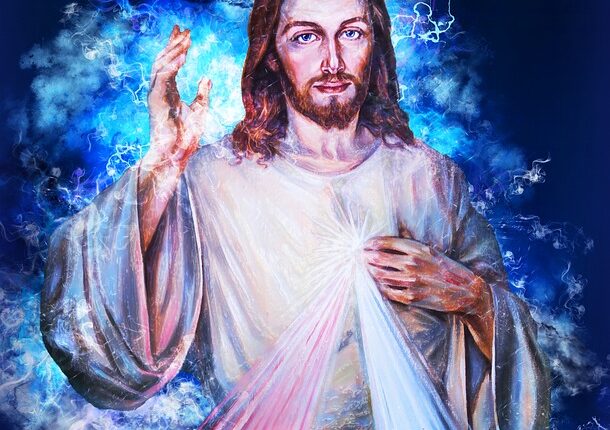 In many passages of the bible, Jesus has shown dominion over every created thing, over afflictions, sicknesses, demonic possessions and nature.

Jesus has dominion Over Suffering And Death.

So, in today’s gospel, Jesus tries to explain to his disciples that He is going to be handed over into the power of men. They will execute him and will put him to death, and on the third day, He will be raised to life again. Because of this, a great sadness came over them.

The point is that the Apostles do not believe that the Messiah who is going to come will suffer. This is the reason Peter took him aside in Matthew 16:22 and began to rebuke him. Hence, Jesus is trying to let them know that suffering is also part of the salvific process. Then after his death, there comes the resurrection.

Therefore, suffering is not always bad in itself. There may be something salvific behind it. Also like the apostles, most times we only focus on the challenges of the moment and suffering, without looking far or beyond the meaning of the suffering and what God wants to bring out in us through them.

In Matthew 16:24, Jesus makes it clear that the cross is also a part of our destiny. We cannot run away from it but after it comes victory at last. Therefore the mention of the resurrection also shows that Jesus undergoes death but must conquer it through His resurrection, Therefore, death and suffering has no power over Him. Jesus has dominion over death and suffering. Let us not lose faith when we encounter challenges. In Jesus, we shall have the victory.

When they reach Capernaum, some collectors of the half-shekel come to Peter and ask him “does your Master not pay the half-shekel? Peter tells them that He does not. Peter goes to meet Jesus. Before Peter could speak, Jesus begins to ask His opinion about what the collectors were saying.

The point here is that normally, the jews pay taxes to Rome because, at the time of Jesus, the Jews were under Roman domination. These taxes were collected by tax collectors. Half shekels is a Jewish tax and not the civil tax paid to Rome. The coin used in paying taxes to Rome is one Denarius (Matthew 22:19-20).

The denarius often carries the image of Caesar and a wage for a day of labour (Matthew 20:1-2). So, the tax they are collecting from Jesus was probably not a civil tax in support of Rome but a Jewish tax levied on every male Jew between the ages of twenty and fifty in support of the temple and its services.

Originally half a shekel was levied on each Jew at every census (Exod 30:11-16), which is the money used to support the tabernacle. Then after the Exile one-third of a shekel was gathered annually.

In Jesus’ day, the amount was two drachmas (half a shekel) annually. The imposition of this tax lacked the sanction of Roman law, but it was understood that the Jews continued to pay it.

So, Jesus asks Peter, from whom do the kings of the earth take toll or tribute? From their sons or foreigners?’ And when he replied, ‘From foreigners’, Jesus said, ‘Well then, the sons are exempt. However, so as not to offend these people, go to the lake and cast a hook; take the first fish that bites, open its mouth and there you will find a shekel; take it and give it to them for me and you.’

But despite this, He still decided to pay the tax so as not to offend anyone. Therefore, Jesus lays an example for His followers.

Though Jesus has dominion over everything, Though He comes from the Father, He fulfils his responsibilities and does everything so that peace will reign. Therefore, despite our position, seeking peace should be our watchword.

Jesus Has Dominion over Everything.

Two other things we have to note in this gospel are :

1. That Jesus knows everything. He is omnipotent and omniscient. When Peter and the collectors are discussing whether Jesus is going to pay or not, Jesus is inside the house. When Peter came into the house, before Peter could speak and tell him what was happening, Jesus had already started asking Him questions.

This shows that Jesus knows everything they discussed outside, though He was not there.

This Is the reason we have to trust in Jesus wholeheartedly and remain close to Him. Because at the time, people are saying things against you and planning against you, you may not be there, but He knows everything. This shows that Jesus has dominion over everything both the seen and unseen.

2. Secondly, Jesus sends Peter to the lake and casts a hook; and then takes the first fish that bites. So, when he opens its mouth, there he will find a shekel. Peter did as the Lord commanded Him.

Here, Jesus would have easily given the money to Peter but he decided to show that He can do all things, that even the fish can obey Him.

The Essence of Humility.

In this gospel, we are reminded again of Jesus’ humility. That though He can control nature and the power of nature. Though He can still storm and multiply food. Now, He can command even a fish to pay tax, but yet He does not want to offend shows how humble Jesus is.

He, therefore, reminds us to always be humble despite who we are, despite our power and our positions. Also, let us always try to avoid trouble. Jesus is the One who has dominion over everything and not we. We are just lucky to be where we are or have what we have.

May God bless you dearest and give us the grace to remain humble. May our faith in Him continue to remain strong. We pray that God takes control over every situation we undergo. Amen.

We must Be Ready. Sunday 19th Week Ordinary Time of the Year C

The Way To be the Greatest. Tuesday 19th Week Ordinary Time