The Kingdom of Heaven Suffers Violence.Thursday 2nd Week of Advent 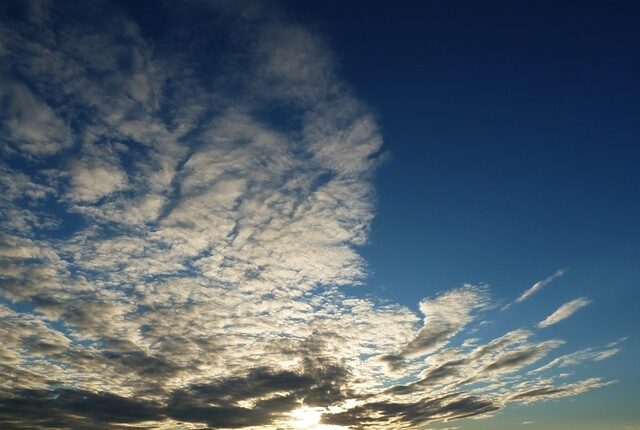 Breakfast with the Word Thursday Second Week of Advent

In the gospel, Jesus says to the crowd ” I tell you solemnly, of all the children born of women, No one has been born that is greater than John the Baptist yet the least in the kingdom of heaven is greater than he is. From the days of John the Baptist to this present moment, the kingdom of heaven suffers violence and only the violent men can take it by force.

This statement has been literally misunderstood.

First of all, this is a puzzling verse. How can God’s kingdom suffer violence? And what do violent people have to do with it? To proceed, first, let us have in mind that this statement has nothing to do with violence literally. So, let us have a little exegesis.

Mary is Immaculate: Solemnity of the Immaculate Conception.

He hates No Soul. Tuesday Second Week of Advent

The Power of “I Am Sorry: Why We need to apologise

Find A Way Out. Monday Second Week of Advent

Prepare the Way for the Lord, Second Sunday of Advent

Do you believe I can do These

The words describe the eager rush of the crowd as if a city was attacked on all sides by those who were eager to take possession of it. This indicates how the crowd of Galilee and Judea rush to the preaching of the Baptist, and then to that of Jesus.

It describes how people yearn earnestly to listen to the word.

(2)The violent( greek: biastai) take it by force. The Greek means someone determined, showing eagerness.

Then the Kingdom of God is a kingdom of peace, mercy, blessing, forgiveness, love etc.

Therefore, the “violent” are men of eager, impetuous zeal, who are eager to grasp the kingdom of heaven—i.e., its peace, mercy and blessedness, with much eagerness.

Remember Jesus is speaking to the crowds about John the Baptist’s ministry before the aforementioned statement.

Jesus honours John as the greatest prophet (Matthew 11:11). He signifies in His statement (verses 13–14) that John was the capstone of the Old Testament revelation and the one who fulfilled the prophecy of Malachi 4:5.

Jesus then says “whoever has ears, let them hear” (verse 15). Which suggests that He has been speaking figuratively.

One thing that had characterized John the Baptist’s ministry was the crowd who came to hear him:

The whole country of Judea and all the people of Jerusalem went out to him, confessing their sins. They were baptized by him in the Jordan River” (Mark 1:4–5). This crowd though diverse was loyal.

Those who responded to John’s message of the coming Messiah included people who some thought would never repent, including tax collectors and prostitutes and Roman soldiers (Matthew 21:31–32; Luke 3:14). This crowd believed John to be a true prophet of God, and they were adamant about it (Matthew 14:5; Mark 11:32).

Then, the pressing multitudes that had followed John continued to follow Jesus’ ministry (Luke 5:15; 12:1).

This is the key to understanding Jesus’ statement about the kingdom that suffers from violence.

Pointing to the huge crowds that followed John and that were now following Him, Jesus likens them to an invading army surrounding a city to capture it.

Therefore, “From the days of John the Baptist until now,” there has been an extraordinary rush of people pressing in from all sides, eager for a blessing.

The “kingdom of heaven suffers violence,” figuratively speaking, is not ordinarily the use of violence as many thought.

The bible does not tell us to use violence or fight when we want to claim materially whatever we want.

Figuratively, it is a reference to the eagerness seen in people who are thronging to be part of the kingdom that Jesus brings.

These people that throng to hear the gospel resemble an army trying to besiege a city. And the “violent takes it by force”; the people entering the kingdom were not violent literally, but their eagerness to see the coming of the Messiah was so overwhelming that it was as if they were attacking a city and only those who earnestly desire the Kingdom will have it at last.

This denotes that the people were hungry for the messiah. We see some of this fervour in Luke 5:18–19 when some men tore through a roof to get to Jesus. Also, in John 6:15, when a crowd “intended to come and make him king by force.”

This is a call to be zealous to come closer to Jesus and know Him more and more. We should share the passion of people in the time of Jesus who throng around Him just to listen to Him.

Therefore, the kingdom of heaven and the blessings are for those who are eager to have them.

It is the eagerness to seek Jesus who is the Kingdom par excellence. To truly encounter Him, we should be hungry and thirst for Him and His righteousness. Those who do this will surely find Him ( Matthew 7:7) and they are blessed ( Matthew 5:6).

So, this is a call to show earnestness in whatever we need from God. Every Christian should strive to be closer to God.

There is no place for apathy or ambivalence in the follower of Jesus Christ. It is also this intense desire to seek the principles of the Kingdom; peace, love, forgiveness, mercy etc.

It is not only about going to church or being a member of one organisation. Therefore, It goes beyond fulfilling some spiritual responsibilities.

It is this intense desire to know Who you worship and go close to Him more. In essence, to listen fervently to Him and live according to what we hear.

In us should be the desire to live for Him and with Him forever.

So, If we truly need God we have to be hungry and thirst for Him. This is the blessing, this is the way to eternal life ( Matthew 5:6).

In essence, If we seek Him with all of our hearts, we shall surely find Him. His kingdom is a kingdom of peace and blessedness.

May God give us the grace to remain close to Him and seek Him with all our hearts, that we may find Him in times of trouble. Amen

Mary is Immaculate: Solemnity of the Immaculate Conception.

The Only Way to Avoid Criticism. Friday Second Week of Advent