They Need our Prayers: The Commemoration of All Souls in Purgatory 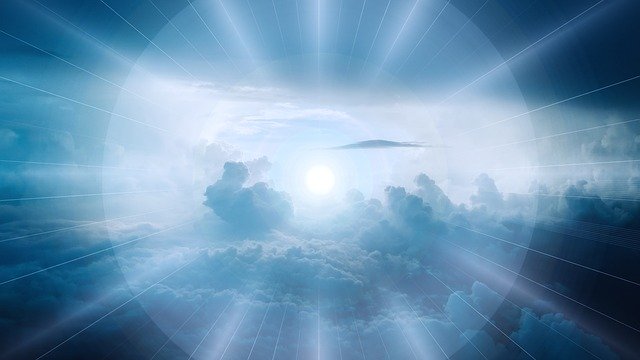 Breakfast with the Word the Commemoration of All Souls in Purgatory

We celebrate the commemoration of All Souls in Purgatory every November 2nd, after the feast of all the saints.

In one of His quiet moments with the Lord in the Blessed Sacrament, Padre Pio notices an old man who is standing beside the place he is praying. The saint was surprised to behold this august visit and could not imagine how he made his way into the friary at that time of the night and doors of the building were locked.

The saint asked with a lowly voice “who are you and what are you looking for by this time of the night”. The man responded that He is seriously in need of the Holy Mass.

The man responded that he is Pietro Di Mauro, the son of Nicola, he left the world on the 18th of September 1908. He said that he was suffocated and burned to death through his lighted cigarette which ignited his mattress while he fell asleep. This is because he is currently in Purgatory and needs the Holy Mass to be free. He was permitted to come and request for help.

The saint comforted Him and assured Him of the Holy mass. Padre Pio celebrated the mass after investigating that truly someone who bears that name has once died in the friary.

In His testimony, Padre Pio accounts how souls request mass for the repose of their souls (Cf. Padre Pio: The True Story by C. Bernard Ruffin)

Today we celebrate the souls of our beloved brothers and sisters who have left this world. It is also a day we remember the souls who God judges not so evil or wicked to go through condemnation in hell but not holy enough to merit eternal bliss. The bible says that nothing unclean shall enter the kingdom of God (Revelation 21:27).

They are known as the church suffering who are so much in need of our prayers to be considered worthy of the Kingdom of God.

Therefore, the notion of Purgatory is nothing if not a reflection of God’s mercy. 1 John 5:16-17 says that all wrongdoing is a sin but some sins do not lead to death. Consequently, one can pray that God gives them life.

Therefore, God in His mercy does not condemn every wrongdoing to eternal damnation, He allows that intercession to be made for anyone whose wrongdoing does not condemn Him to hell that he may be purified for eternal life. This is certainly the thing we are doing today.

Purgatory comes from the word Purgatoire or Latin word purgatorium meaning to purge, cleanse or a place of cleansing.

Initially many people believe that Purgatory is a place where souls atone for the sins committed before their passage to heaven.

Some said that it is not a physical place since souls are now in their spiritual states. But the conclusion is that purgatory is the process or the state by which souls are purified before their passage into heaven.

A literal example of this is what happened in Isaiah 6. In this chapter, Isaiah beholds the presence and glory of God and the angels singing Holy Holy is the Lord. Isaiah saw how unclean he is and shouted.

He considers himself unworthy to be in the presence of God. Immediately, an angel takes a burning coal from the altar and purifies him (Isaiah 6:16).

Isaiah is not dead yet at that time, but the passage underscores that God’s holiness allows nothing unclean. Therefore, a soul who is guilty of sin not worthy of condemnation to eternal fire can undergo purification because of God’s mercy.

Biblical References on The Commemoration of All Souls in Purgatory.

1 Corinthians 3:13-15 speaks of the good works which must pass through the test of the fire. If the good work survives, the person will receive His reward but if it does not, he might still be saved but it will be like someone who escapes through the flames.

In essence, the person may receive eternal reward but must be like someone who passed through the flames. So, for the person to be saved, he is to undergo purification, which is purgation.

The first reading says that He tests them like gold in a furnace, and accepts them as a burnt offering that is perfect.

Another passage is in Maccabees 12:41–46. Here, we see how Judas Maccabeus sends twelve thousand drachms of silver to Jerusalem, to offer prayers and sacrifice for the sins of the dead.

In 2 Timothy 1:16-18, Paul prays that God will grant mercy on Onesiphorus “on that day”. Many argue if it is a prayer for the dead or not but the mention of “that day” is a reference to the day of his judgement.

Whether Onesiphorus is dead or alive, Paul intercedes God’s mercy on Him, on the day He will judge Him.

In Matthew 12:32, Jesus speaks of forgiveness in the world to come. He says “ “Anyone who speaks a word against the Son of Man will be forgiven, but anyone who speaks against the Holy Spirit will not be forgiven, either in this age or in the age to come“. Read the last statement. It shows that there is the possibility also of God’s mercy in the world to come.

In essence, the mercy of God is limitless. So, what we do today, is to plead on God’s mercy for these souls who are yet to undergo damnation in eternal fire yet.

In Acts 9:36-41, Peter prays for the dead Tabitha to rise. She was dead but yet Peter could pray for her release and come back to life. Therefore, It is the mercy of God that brought Tabitha back to life.

Hebrew 9:27 says that man is appointed to die once and after that face judgement, and yet Tabitha died and the prayer of Peter rescued her not only from death but also from judgement.

This is only possible through the mercy of God.  This is an indication that one can still pray for any soul that departs. We also seek for God’s mercy on them.

Today’s Celebration of All Souls in Purgatory: The Key Points.

1.The commemoration of all souls is a reflection of God’s abundant mercy and love for His beloved children. They have strong faith in Him as the gospel says. Therefore, Jesus is not willing to allow them to suffer eternally.

He says in the gospel “I will not reject those who come to me”. Instead of allowing such people to die eternally, therefore, He still rewards their sincere efforts and purifies them of their uncleannesses.

So, It is a reflection of God’s universal will that all souls will merit eternal salvation. It is not the will of God that any soul will rot ( 2 Peter 3:9), except the souls that rejected salvation.

2.God demands nothing but holiness. He wants us to be holy as He is (1 Peter 1:16). So we have to repair and atone for our sins. This can take place here or after.

This reminds me of my experience in one of the places I worked. A sick mother who was lying critically demanded that I pray for her. I was busy praying for her healing.

After being quiet for some time, She opened her eyes and told me “Father, they asked me to tell you that this suffering is for a purpose, praying for healing is a waste of time”. I then anointed Her. She began to smile. The next day I was told, she passed on. This is a life story.

That was one of the experiences that made me believe so much in the sacraments of the church. So many sufferings we undergo in this world before our death is for a purpose.

In the same manner, if we cannot expiate the sin in this world, it can still undergo purgation, if the soul is worthy of God’s mercy.

3.Today’s celebration then calls us to remember our deceased ones and pray for them. They need our prayers.

4.It is also a reminder that one day, we are going to join them. Whatever we think we are, or that we have, must one day be a story of the past. Let us always remember this.

Therefore, as we aspire to be great in this world, do not forget your soul.

May the souls of our beloved ones and all the Faithful departed rest in peace. Amen

May the souls of the Faithful departed rest in peace. Amen.

The Saints: Our Hope for the Future. Feast of All Saints

The Standards for Living the Christian Life

Let Nothing Stop You

The Journey of a Small Beginning

The Value of Human Life

Download the Nine Days Novena For All Souls in Purgatory

When We wander Away from God:Thursday 31st Week Ordinary Time