What Happens When We Harden our Hearts. Saturday Octave of Easter 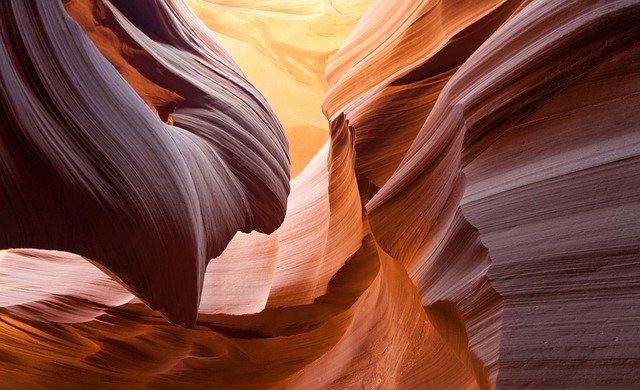 Breakfast with The Word: Saturday Octave of Easter

When We Harden our Hearts

In this Gospel of Mark 16: 9-15, Mark gives His account of the resurrection of Jesus. According to Mark 16:9-15, Jesus appears three times and to different kinds of people. This gospel tells us what happens when we harden our hearts to Jesus.

First, Jesus appears to Mary Magdalene, the woman, out of whom He had driven out seven demons. Mary then went to those who had been his companions, and who were mourning and in tears, and told them.

Though Mark did not tell us who they are, we presume, they may be part of the disciples of Jesus Christ or the apostles. But the point here is that Mary told them that Jesus had appeared to her, they did not believe her.

The gospel today says that they are deeply in tears and mourning. So, in essence, they choose to mourn rather than to believe.

The gospel of Mark 16: 9-15 also says that later that day, Jesus appears in another form to two disciples on their way into the country.

When the disciples realize that He is Jesus, they hurried to tell the others. So, when these disciples came back and told the other disciples their experience and encounter, Mark says again: “They did not believe.”

The question again is “are they jealous that Jesus had not appeared to them or because they are yet to see with their eyes?

So, when Jesus appeared once again! This time it is the “Eleven” who gather at the table. Jesus rebukes them for their lack of belief and their hardness of hearts, because they had refused to believe those who had seen him after he had risen.

Therefore, with this statement, we have come to know that the Eleven is among those who bluntly decided not to accept the news that Jesus has risen. Jesus rebukes them for this.

Therefore, when we harden our hearts before God, we can make God angry. There is no single chapter in the bible that God praises unbelief but Jesus extols many for their faith.

The Reason We Always Need Jesus.

The Presence of Jesus Does these for Us. Easter Thursday

How To Encounter Jesus Personally

When We Truly Love Jesus

The Reason for hardening their Hearts.

1.There may be some salient reasons that caused the disciples to harden their hearts. Some reasons can be because they expect Jesus to come to them first.

They may have belittled the testimony of those people because they do not belong to the inner circle. In the same vein, there are times God talks to us through events that we do not understand and through some people we underrate.

Remember that the healing of Naaman who is an army commander came through the advice of an underrated maid (2 Kings 5:1-19). We have to know that our ways and God’s ways are not the same.

2. Another reason could be their inability to believe and be convinced that Jesus can resurrect from the dead. John 20:9, affirms that the apostles are yet to come to understand that Jesus will surely resurrect.

Had it been they know He will resurrect, they would not have stayed in fear after the burial and crucifixion. They would have stayed in expectation, waiting for His rising from the dead. So, the news that Jesus has resurrected may sound like a myth to them.

Also, there are times we harden our hearts before God despite the prayers, promises and blessings that we receive every day, during masses and prayers. Sometimes it is because we accept that our situation is a point of no return.

Whenever we feel that there is nothing that can remedy our situation, no amount of prayer can ever have any impact on us.

This is when we do not know what truly happens in God’s presence. Hence, we come to the church and go as we have come.

When our hearts are closed, whatever the priest says, will always sound mechanical to our ears.

If we take God as real and true, we will always humble ourselves before His presence. If we truly accept that it is the word of God that we hear every Sunday at Mass, then there should be this hunger to listen to the word every day and live by it.

When We Harden Hearts.

2. Jesus rebukes them today, because of their unbelief and hardening of heart. When we harden our hearts, we choose to remain in unbelief and doubt than remaining in faith. Hence faith is the secret of miracle, healing and salvation and not lack of faith.

3. The choice to close our hearts to the word of God is also the decision to make God unhappy.

Despite the testimonies of the resurrection, in Mark 16: 9-15, the apostles chose not to believe. Because of this, Jesus rebukes them for such obstinacy. The point here is that God detests the hardness of the heart.

Sometimes what is limiting answers to our prayers is our unbelief and not God.

Like the apostles today, despite all that God has been doing for us or did for us in the past, we still choose to remain in unbelief. When we come before God even, we see it as if we are wasting our time.

Sometimes, we forget that at prayers, there is a meeting point between divinity and humanity. Sometimes when we kneel before God in prayer, we think He is so wicked and deaf to answer prayers. When the answer seems not to come, we lose faith and become tired of praying.

Because of the love, Jesus has for his apostles, He appears to them one by one to strengthen their faith. In the same vein, it is always good to know that God loves us and always talks to us through inspiration, the word of God, and certain situations. Yet we harden our heart before God either because of a lack of faith in God or we do not trust the events nor sources.

One of the things that do not make Jesus happy is unbelief. Despite all, He has done and continues to do, yet we do block our hearts. This gospel of Mark 16: 9-15, also shows how important faith is. All these appearances by Jesus are simply to convince and strengthen the faith of the apostles.

Be mindful of Unbelief.

In Matthew 13:58, Jesus could not work a single miracle in his home town because of their unbelief. This exposes how powerful unbelief is. So we have to ask ourselves today “Do we mean the prayers that we say? Has it ever occurred to you that the prayers are being addressed to your Creator?

Do you believe it as such? Are you doing them for doing sake? These words always come to my mind whenever I want to rush the prayers of consecration. The prayers that we say are addressed to God and hence demands humility and respect.

If you are a catholic, do you believe that Jesus is in the chapel? If truly you believe, how many times have you spend quiet moments with Him?

Hebrews 11:6 says And without faith, it is impossible to please God, for whoever would draw near to God must believe that He exists and that he rewards those who seek him. Let us always listen to Him and approach Him with deep conviction.

May God bless you dearest and give us the grace to open our hearts before Him. May He bless you beyond your expectations Amen

The Reason We Always Need Jesus. Breakfast with Word Friday Octave of Easter