When You Stand for the Truth. Beheading of John the Baptist 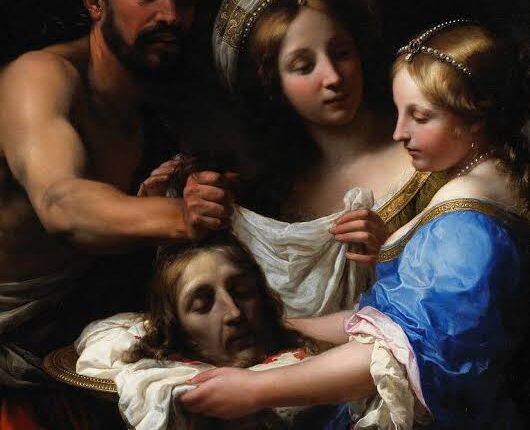 Breakfast with The Word. Beheading of John the Baptist. 29th August

Today we take a little twist to concentrate on the man that was beheaded.

The bible did not tell us any bad thing perpetrated by this man to warrant his imprisonment not to talk of beheading him.

The only crime He commited was that He stood for the truth. He was open when almost everyone kept quiet.

The crime John the Baptist committed was to tell Herod that what you are doing is evil.

Whenever we stand for the truth and constantly speak up against evil, always know that those who sit on that evil, those who gain from it, those who are truly perpetrating it etc will do everything to keep your mouth shut.

That is why today, many people prefer those who flatter them than those who tell them the truth.

Herod Antipas arrested John and imprisoned him because John opposed his marriage to Herodias, who is originally the wife of Herod’s brother, Philip.

Herod Antipas then was a tetrarch (one of the four governors) and ruled over Galilee and Perea (Matthew 14:1; Luke 9:7).

This angered Herod , and in order to keep his mouth shut, Herod put John behind the bars.

John the Baptist did not commit any crime, the crime he committed was that He said that “Herod, this thing you are doing is not good”.

Like John the Baptist, many people who are imprisoned today are innocent, many people are suffering today because they said enough is enough on all the evil roaming in their families, communities, country and the states.

When you stand for the truth many will be against you and fight secretly or openly to pull you down.

The Sword that pierces the Truth.

Herod and Herodias stand today as the swords that pierce the truth.

Instead of taking the advice and making things better, they choose to close the mouth that speaks against evil.

Herod imprisoned the mouth that never meant evil but good. Sometimes, when you stand for the truth, people may try to fight you, imprison and suffer you.

They may even go to any extent to accuse you of what you did not plan to do, not to talk of doing. Herodias hated John all these while without telling him.

All this while, she was busy planning evil against him and later had her chance. Like Herodias, this is also how many harbour grudges in their heart against the innocent  waiting for the best time and opportunity to strike.

When you always speak up against evil, some people will hate you for no reason and just like Herodias finally got her chance to behead John the baptist, many people will go to any extent to exterminate your life or assassinate your character. Some people will crook up lies against you only to pull you down.

The truth here is that we are not the only people in this problem. The world is full of evil and indifference towards God.

Many people no longer believe that there is heaven or hell. They will only begin to think  of it only when they come face to face with death.  So, when you are different, never expect it to be easier as you think.

Jesus speaks against the evil of his time and was delivered to be crucified, , even those who were once fed, healed, and saved by him were nowhere to be found.

Before the crucifixion they were shouting “Hossana Hossana Son of David ” but at the end they shouted to crucify him .

The apostles also were delivered up and suffered martyrdom because they stood against the evil of their time.

In many communities, many people are hated.

In many families, many people are chastised and punished not because they committed any crime but because they didn’t agree to a family decision which was totally evil and against their faith.

Let us know that life does not end here. Today we still remember John the Baptist and speak high of Him, but Herod and his cohorts are always remembered on the negative side of it.

It was also recorded by Josephus the historian that Herod was later defeated by Aretas, king of Arabia; the defeat was then seen by many of the Jews as a just punishment sent by God upon Herod for this act of injustice and cruelty.

Let us always stand for the truth whether good or bad. In the end, only the truth shall set us free (John 8:32).

May God bless you dearest and continue to save us from our daily persecutions and hatred. May He protect you from danger. Amen

What We want to hear. Monday 22nd Week Ordinary Time