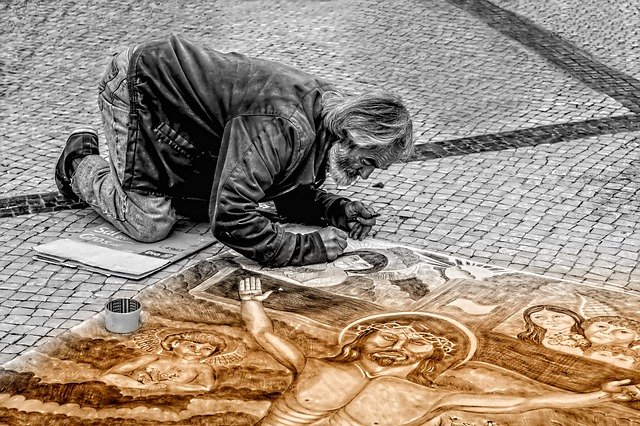 zBreakfast with the Word: Thursday of the 3rd Week of Lent.

There are many times we become worried about our faith. Sometimes many Christians lose faith in God. The reason is not that they do not believe that there is God.

Their reasons sometimes are because they believe God is not working in their lives. There are so many reasons for that.

When Jesus casts a demon that had made a man dumb in today’s gospel of Luke 11:14-23, the people who were with him became amazed.

Also, some who were with Him accused Him of casting out demons through the power of Beelzebub, Prince of Demons, while some of the people seek that He performs more heavenly signs.

In this reading of today, we can recognize the reasons why it seems as If God is not working in your life.

Jesus as the fulfillment of the Law

The Way God wants Us to Treat Others

Reasons We have to be Merciful

1.Inability to recognize the Goodness of God.

In the gospel today, the problem is not that Jesus does not work or that He is not working. The key problem here is that the people were unable to recognize the power of Jesus working in their midst.

Jesus is working under the great anointing of the Holy Spirit. Matthew 12:28 refers the finger of God as used by Luke today (Luke 11:14-23) to be Spirit of God. These people were unable to recognize this mighty power.

So, the problem sometimes with us is not that God is not working, but we are still blind to recognize His goodness among us. A married man with children will be praying that God blesses His family but forgets some have not. He has to know that He what He has, others are praying for that. Therefore, He should be grateful. God is always with us but we have failed to recognise His goodness, that is why we think He is silent.

A woman who gives birth to one child prays for more but also forgets that there are women who died during childbirth. She also forgets many are yet to conceive.  But instead of being grateful for the one that she has already, she will lose faith in God because another she is praying for is yet to come.

Then the women who are yet to conceive prays for a child but forgets that some are booking masses and praying for marriage. But instead of being grateful, she will lose faith because the seeming challenge.

A full-fledged man prays for life but forgets that some people did not even reach his age, and yet they die.

So, Whether we like it or not, what God does for us is more than we can understand. Why It Looks As If God is Not Working In Your Life is because of your inability to recognize the ones He is doing. So, it is not that God is not working, but you have failed to recognize His goodness.

When You Stand On The Truth

We are Tenants. Friday Second Week of Lent

2. Attributing God’s work to Someone.

In today’s gospel, instead of praising God for His goodness, the people attributed the power of Jesus to Beelzebub, the Prince of Demons. In essence, they could not believe He can do such mighty work, but they believed a demon can. What a shallow faith?

In the same vein, when something happens in your life, you believe it is a man who made it possible and not God. You forgot God who made that possible and begin to attribute it to how intelligent, clever and wise you are.

You begin to believe there is something special that you did, and everything worked well. Somebody gave you money. You refused to acknowledge God who inspired Him to that, but begin to attribute it to how good you are with Him or her and what you did that made him help you. Hence, You forget others did more than you did, but yet nothing came.

You went to a hospital and was healed through a doctor. Therefore, You forgot God who made it possible and began to praise the doctor’s intelligence and wizardry. You forgot also that there are souls that have also died at the hands of the same doctor.

You survived an accident. Hence, you forgot God who made it possible but attribute everything to the driver who may not even understand how everything happened.

Therefore, the second problem why it looks as if God is not working in our lives is that when He does, we forget Him to attribute His goodness to something else.

The work that Jesus did today would have inspired the people to have more faith in Him. Instead of this, they are full of unbelief. The reason is that they harden their hearts toward Him.

Therefore, the reason it looks as If God is not working in your life is that your heart is full of doubt and unbelief in what God can do. Even when He does, it looks as if to us that He is not the one that is doing the work. Hence, we harden our hearts toward God. Instead of living in faith, we live in fear, doubt and worry.

One trait in a man is that he is always looking for more. The more he gets what he wants, the more he wants some more. We are not content with what we have.

It sounds funny that despite what Jesus did today, the people could not believe in Him. They ask for more signs to approve that He is truly the Messiah.

We also exhibit this attitude. Why It Looks As If God is not Working In Your Life is that you are not content with what He is doing. You want some more.

Therefore, Like the Jews want heavenly signs, you want the one that will appear great and miraculous. You are looking for the one that will shake the entire world. Even when God does it for you, it hence appears as something normal.

Hence, you begin to look for more signs and wonders. It is not that God is not working in your life, but we have lost sight of the ones that He does daily to look for the ones that will shake heaven and earth. And when we do not get it, we lose faith.

What Jesus wants from us is having a strong faith and relationship with Him. When we drift away from His relationship, we scatter. Always remember that He is always alive and still active.

May God help us to understand Him. May He also continue to protect you and answer your prayers. Amen