The Good Side of Judas… Fr Charles Ojiaku 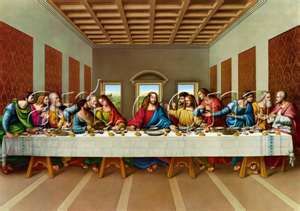 Our collective unconsciousness leads us to always tag Judas as a thief, betrayer, untrustworthy, selfish etc, you name it. Let me point out the good thing in this man who has no advocate. Let me defend him without legal charges.
Judas The Bursar.
Christ personally gave Judas this sensitive post. Christ saw the ingenuity of Judas. Judas was perhaps a trained accountant rather than a fisherman. Surely he was good at sustaining the family. Nobody complained about him, his ability to feed and maintain the college. I would say that he was a go-getter!
Judas The Lawyer.
See it this way: the Jews wanted to catch or stone Christ in the temple more than once and each time he ‘fizzled out’ from them. The hunters would perhaps hunt themselves while Christ simply walked off. Remember that the apostles witnessed all these dramas. Therefore Judas added two and two and got the answer as four. This was the problem. This was an error, a fallacy in the logic of God. Two plus two could be twenty before God. How it happens beats man and man’s syllogism.

Judas The Provider.
Judas was given the job to provide for the college, feed them, make sure none goes or went hungry or lacking. He had a blank check. Was he ever audited?
Did the Bible ever relate how he was funded? Even if he did a thousand good jobs, this bad one will obliterate the whole good pack.
Judas may have noticed the paucity of their purse. A great feast was on hand and there was no fund for it. He did not want to disturb Christ or anybody. He resorted to man’s logic. His syllogism failed. He reasoned this way:
-The Jews have always tried to catch Christ but failed.
-This man, Christ is ‘uncatchable
-Therefore I can extort money from these ignorant fools and let them fail as usual. No agreements or papers signed! -Give me money and I point him out to you. Gaskia!
The Igbos say : Dibie kpara aku ma ozu nwuo.
The native doctor collects his wages and the patient dies eventually.
Let us look at the converse of the coin carefully.
1. Would Judas have refunded the thirty pieces of silver if the outing of the Jews had failed? The answer is a big no. Judas delivered the product!
2. Was there any written agreement? No! The Jews believed also in the witness of multiple people to believe a case. Refer to the witnesses before Susanna was condemned to death. Judas could have dragged the case ‘thy kingdom come’ and perhaps gotten away safely.
3. Judas may have needed the money to augment the common purse. A great feast was at hand and the number of mouths to feed had increased.
Christ trusted him to have made him the Commissioner of Finance and General Duties. The apostles trusted his acumen. He was very ingenious. He was a chartered accountant.
Jesus had the mettle of never allowing them go hungry. He was like the ‘mother hen’ to the college of apostles. The problem was that this time around he brought in a rotten egg to hatch and it burst and the entire house went ablaze!
Judas’ Error.
Judas final error was that he did not know or understand Christ. Peter did!
The crime of Peter in denying Christ ranks on the same level, if not higher, than that of Judas. Here is the difference: whereas Peter wept, Judas took his own life. He wanted to expiate for Christ’s death, which he did not plan or append his signature.
For Peter’s weeping, today a magnificent church was built and in front of it is a very big and robust cobalt statue of Peter with tears on his cheeks. For Judas there was no marked grave! Had the mission of the Jews failed, Judas not likely to inform the apostles how he raised the funds for the special Passover of that year.
Fortunately though, the Passover was held but not with blood money. Rather than nourish the apostles, the thirty pieces of silver produced Hacheldama, the burial place for non Jews.
Conclusion.
In conclusion, my parish church has the picture of the twelve apostles together with Christ. All had hallowed heads. After Mass one Sunday one ebullient man approached me and complained why Judas head should be hallowed. He gave his reasons. I told him a story and asked him some questions. I converted his thoughts. Here it goes:
In St. Paul’s, Minnesota, I had a big friend and daddy. The entire family welcomed me. I still have our group photos. Things went very well. The name of my big daddy is Bishop Marino, a black American. Later he was made an Archbishop and posted to Atlanta, Georgia.
Things went well. After many years a woman pulled him out of the priesthood. My question: During Archbishop Marino’s active ministry he ordained about one hundred Catholic priests. Do we send these priests parking? My friend shouted Nooooo! I told him that the hallowed head of Judas he was seeing in the sanctuary is like the story I just told him.
Judas was also instrumental to our salvation. Without the Cross Christ could not have saved us. In the garden of Gethsemane Christ asked and begged his father for an alternative course or route. God insisted it was only the route or track of Judas.
Do not be surprised that Judas must have been welcomed very well by God in heaven because Judas helped Christ mount Golgotha. Human passion do not allow us to see anything good in Judas. I have too many more things to write about Judas and his ancestors but my readers digest this little bit for now. Thanks for reading.
Fr. Charles C. Ojiaku

Covid 19, A Time To Ask Ourselves Questions. By Fr Charles Ojiaku

Do not fail to drop your comments below

The Power of the Cross: Good Friday Breakfast With the Word.