working out our Moral Conscience 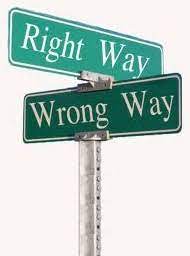 Working out our  Moral Conscience

One may wonder why the topic Moral conscience in the catechism when many issues needed to be discussed are left unattended to.

Moral is described in the Oxford dictionary is an adjective use to describe an action positively affecting the mind, confidence or will.

Conscience as also defined by Oxford dictionary is the moral sense of wrong and right, chiefly as it affects one’s own behaviors.

The church explains the concept of moral conscience as thus;

“Deep within his conscience man discovers a law which he has not laid upon himself but which he must obey. Its voice, ever calling him to love and to do what is good and to avoid evil, sounds in his heart at the right moment…. For man has in his heart a law inscribed by God…. His conscience is man’s most secret core and his sanctuary. There he is alone with God whose voice echoes in his depths.”

The human moral conscience always pricks him whenever a wrong action is done.

The voice in the heart of man that continuously speak to him before and action is carried out and guide him to make a good choice is defined as the moral Conscience.

The church explains the human moral conscience under four major points as follows:

Moral conscience, present at the heart of the person, enjoins him at the appropriate moment to do good and to avoid evil.

It bears witness to the authority of truth in reference to the supreme Good to which the human person is drawn, and it welcomes the commandments.

When he listens to his moral conscience, the prudent man can hear God speaking.

It is important for every person to be sufficiently present to himself in order to hear and follow the voice of his conscience.

This requirement of interiority is all the more necessary as life often distracts us from any reflection, self-examination or introspection:

Just as St. John will say in his first letter, “Return to your conscience, question it…. Turn inward, brethren, and in everything you do, see God as your witness.” 1 Jn 3:19-20.

Man’s moral Conscience enables him to assume responsibility for the acts performed.

If man commits evil, the just judgment of conscience can remain within him as the witness to the universal truth of the good, at the same time as the evil of his particular choice

The verdict of the judgment of conscience remains a pledge of hope and mercy.

In the formation of conscience, the Word of God is the light for our path, we must assimilate it in faith and prayer and put it into practice.

The church teaches us that to form our moral conscience, we need God’s word, constant prayer, a good relationship with the Holy spirit and also a closer look at Christ Cross daily.

All these are aimed at building up the moral conscience in a right way pleasing to God.

The moral Conscience must be informed and moral judgment enlightened.

A well-formed moral conscience is upright and truthful. It formulates its judgments according to reason, in conformity with the true good willed by the wisdom of the Creator.

The formation of the human moral conscience is requiring discipline and self-control.

We are sometimes confronted by situations that make moral judgments less assured and decision difficult.

But we must always seriously seek what is right and good and discern the will of God expressed in divine law.

The moral conscience helps us out to make the right choice in difficult situations.

Man is most times guided by experiences, advice of competent people and also the Voice of the Holy spirit to make a right decision.

2.    2. The good you intend your neighbor to do for you, your moral conscience should be ready to do for him too.

3.     3. Charity always proceeds by way of respect for one’s neighbor and his

The moral conscience enables us to know that by sinning against our neighbor and wounding their conscience, we sin against Christ.

Therefore, it is right not to do anything that makes your brother stumble.

A human being must always obey the certain judgment of his conscience. If he were deliberately to act against it, he would condemn himself.

Yet it can happen that moral conscience remains in ignorance and makes erroneous judgments about acts to be performed or already committed.

A good and pure conscience is enlightened by true faith, for charity proceeds at the same time “from a pure heart and a good conscience and sincere faith.”

The more a correct conscience prevails, the more do persons and groups turn aside from blind choice and try to be guided by objective standards of moral conduct.

1.     Moral Conscience is man’s most secret core, and his sanctuary. There he is alone with God whose voice echoes in his depths.

2.     A well-formed moral conscience is upright and truthful. It formulates its judgments according to reason, in conformity with the true good willed by the wisdom of the Creator. Everyone must avail himself of the means to form his conscience.

3.    Faced with a moral choice, conscience can make either a right judgment in accordance with reason and the divine law or, on the contrary, an erroneous judgment that departs from them.

4.    Conscience can remain in ignorance or make erroneous judgments. Such ignorance and errors are not always free of guilt.

5.   The Word of God is a light for our path. We must assimilate it in faith and prayer and put it into practice. This is how moral conscience is formed.

May God give us the grace to form a good moral conscience and keep us safe till eternity.

Your feedback can be read below at the comment section box. Thank you and have a great week ahead.

There is Hope At Last. Sunday Breakfast With the Word 33rd Week

How to send Large Files to Anyone using Wetransfer