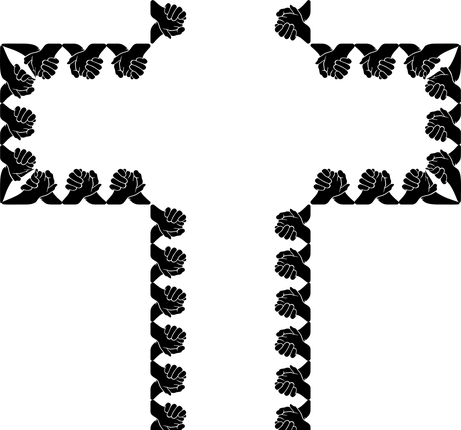 Breakfast with the Word Saturday Fifth Week of Lent Year B

In John 11: 45-56, after raising Lazarus from the dead, many of the Jews, who came to console the family of Mary and Martha, witnessed the miracle.

Because of this, many of them came to believe in Him. Others who were critical of Jesus went to the religious leaders and the Pharisees and reported what Jesus had done. Out of fear, they called a meeting to deliberate on how to stop Jesus from performing such miraculous works.

They asked, “What are we to do? For this man keeps on giving miraculous signs. If we let him go on like this, all the people will believe in him and, as a result of this, the Romans will come and destroy our Holy Place and our nation completely”.

It was during this Sanhedrin council that Caiaphas spoke up. Caiaphas said that it is better that one man should die for the whole nation instead of the whole nation to die for one man. From that day, they began to find a way to kill Jesus.

As the Holy week continues to draw closer, the Church, through the readings continues to give us more revelations and encounters that led to the death of Jesus. In today’s reading, the Church unveils the reason Jesus died.

During the Sanhedrin meeting in John 11: 45-56, Caiaphas made a statement as a high priest. He did this to find reasons to convince the leaders to eliminate the life of Jesus. But, Caiaphas revealed the true reason Jesus died.

In essence, Caiaphas may think he said this for the sake of their national or personal interest, but invariably, he revealed the reason Jesus came to the world.

In 1 Peter 2:24, the bible says “He bore our sins in His body on the cross, so that we might die to sin and then live to righteousness and for by His wounds we are healed.

Instead of allowing the nation to suffer and go through eternal damnation, Jesus sacrificed his love for us. His death is to save me and you. The implication here is that if Jesus can sacrifice His life for you, He can do anything for you.

How We Take the Word. Friday 5th Week of Lent

The Annunciation of the Lord: Ten Lessons to Learn

If We Keep His Word

When We Do Not Have Faith; Tuesday of the 5th Week of Lent

Do Not Be The First to Cast Stones

The Reason they wanted to Kill Him.

In today’s gospel, we can see that some of the factors which led the Jewish leaders to seek to kill Jesus are:

1. Jesus was saving lives: It was after his miracle at Bethany that they became determined to kill Him.

What Jesus did at Bethany by raising Lazarus from the dead was not a bad thing. The problem is that, instead of focusing on the positive, the Jewish leaders were focusing on the negative.

The pharisaic teaching is so legalistic, but the teaching of Jesus is more of love, mercy and compassion. The Pharisees were so jealous and envious of Jesus. Instead of focusing on how important Jesus is to the people, they were stuck in their selfishness.

3. In John 11: 45-56, the leaders were afraid of attack from the Romans. They feared something that may not happen.

Fear and selfishness blinded the eyes of the religious leaders. In the same vein, whenever we are stuck in fear; fear of the unknown, fear of problems, fear of the devil even, fear about what could happen which may not happen, our faith goes into extinction.

Whenever we allow ourselves to sink in fear, we begin to forget and lose sight of God’s supernatural power. Many people today are afraid of what tomorrow may bring. Some are afraid of someone else. Sometimes we fear to the extent that we forget that only God is the Almighty and no one else.

Because of fear, one may be tempted to lose faith and do what he never thought of doing.

Secondly, whenever we only concentrate on ourselves and what to gain, we lose the essence of what Christianity is all about.

The Jews supposed to be happy because of the miraculous works Jesus has been doing. Of course, Jesus was saving lives and not killing lives. The Jews chose to eliminate this good opportunity around them because of their personal and selfish interests.

In the same vein, whenever we allow our selfish interests to overrule the good of others, there is always a problem.

Then we ask ourselves; how many times have we also tried to obstruct a good thing or good intention of someone because we think it will affect our self-interests?

How many times have we supported a lie or a negative plan against someone because we are afraid of the person planning the evil?

Hence, how many times have we joined others in maiming someone at the back without knowing the truth, only because our friend or parents are involved and we do not want to lose their favour?

How many times have we decided to join a gang up against the good interests of the people because we want to support our political party?

How many times have we tried to eliminate someone or stop him or her because we think he or she is rising?

Hence how many times do we plan evil against an innocent person only because we fear he/she is going to make it in life?

How many times have planned to attack someone because we think His presence is affecting our popularity?

In today’s gospel, some believed in Jesus, while some went to report Him to the religious leader.

Always know that not every person will support what you do. Do not expect every person to understand and wish you well. Some will and some will not.

Those who do not support you may always see something negative in whatever you do. So, always know this and understand it whenever it comes.

The Will of God Always Happens.

The Jews thought that power is in their hands, yet they could not arrest Jesus until the appointed time God has willed.

Let us always know that God can use every bad deed people do to you to elevate you.

Let us also know that power is not in our hands. Whatever we do against someone, whatever God has willed for him or her will still come to fulfillment.

In the same vein, whatever someone plans and executes secretly against you, do not fear because only God has the final say in your life. So keep your faith high and remain faithful to God, there is always light at the end of the tunnel.

May God bless us and give us the grace to abide by His Word. May He continue to protect you. Amen.

Behind Every Victory. Palm Sunday Breakfast With the Word.