Be Careful of The Sadducees Who come to You:Saturday 33rd Week 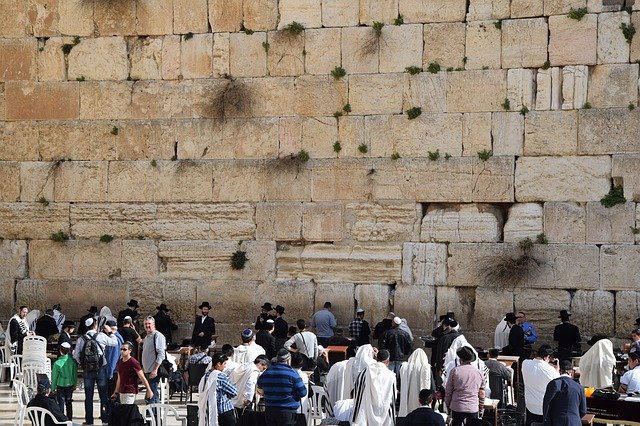 The Sadducees is a religious sect that is prominent at the time of Jesus. They believe that there is nothing like fate and everyone controls his destiny, thus God has no role to play in the life of human beings.

The Sadducees believe that only the bible especially the Old Testament is the sole authority when it comes to matters of faith Like some people believe today.

The Sadducees do not believe in the resurrection which was not mentioned anywhere in the Old testament.

They do not also believe in angels, demons, afterlife, heaven and hell. They see themselves as people who know it all, why others are doomed.

And today they come to Jesus with a tempting question on the resurrection to belittle Him and show how absurd it is to believe in the resurrection. But the encounter ended the other way round.

The Sadducees today present a case in which a woman marries seven brothers after the death of each of them.

The idea behind this question is the Hebrew’s concept of the Levirate marriage recorded in Deuteronomy 25:5-10 in which a childless widow must marry the brother of the deceased husband to bear children so that the name of the first son will not be blotted out.

The Sadducees then question that at the resurrection whose wife will she be?

Whenever we take the scriptures literally this is the kind of questions we do fall into. The Sadducees come to expose the foolishness of Jesus but end up exposing their own foolishness.

Jesus responds to them that first of all there is nothing like marriage in Heaven. Hence, there is a very big difference between this age and the age to come. At that time they will become children of the resurrection and sons of God. So, there will be no need for marriage or procreation.

Jesus refers to Moses’ encounter with God in Exodus 3:6, where God reveals Himself as the God of Abraham, Isaac and Jacob, to ascertain the truth of the resurrection.

Although these patriarchs are dead, Yet, Jesus says that Moses calls God, the Lord the God of Abraham, the God of Isaac and the God of Jacob. He is only the God of the living.

Therefore, being the God of these Patriarchs is a pointer that they are alive and not dead.

This is also a response to those who quote this chapter to teach that since Virgin Mary is dead, she has nothing again to do with the human race. First, it is quoting out of the context. Second, they like the Sadducees pick the bible literally.

Third, just like Jesus referenced the patriarchs who died but yet referred to as living, Mother Mary though died is still living.

Jesus says in John 11:25-26, that anyone who believes in me even though they die, still lives.  After this encounter, the Sadducees were silenced.

The Sadducees Around You

Like Jesus, we also encounter different forms of these Sadducees in our lives and day to day interaction.

They are those who come to you with double faces. They smile at you but their hearts are full of hatred and wickedness.

Today, the Sadducees came to belittle Jesus but came as if they are truly seeking for information. They always think better of themselves and try to belittle whatever you do or know.

Some of these people come with questions to make you an object of mockery and ridicule. They ask you questions to find out hidden things about you but only to use them against you one day.

These people pose as friends but enemies at heart. They become friends in the first place, but what they have in mind is very far from the truth.

Be wary of the Sadducees who come to you. Some of them come with gifts, money, smiles, even with bible quotes, trying to pose as helpers but what they have in their hearts is very far from what they show to you. They may even call you sweet names only to find their way.

Some will even take you to their parents, introduce you to their family members with a deceitful intention to marry you. But their hearts are very far from the truth. Always ask for discernment to know who is who.

Do not be the Sadducee.

Finally do not be a Sadducee to anyone. It is good to do everything with a clean heart and clean intention. Some people may misunderstand you at the beginning, but only time will reveal truly who you are.

Do not pretend now as a good wife, husband, friend etc, only to showcase truly who you are when you feel you have arrived.

Do not be the Sadducee in your family or places of work, allowing yourself to be used to pull others down. Never work for the downfall of anyone.

For sure one day, everything concealed in the secret will be revealed (Luke 8:17). Like the Sadducees today, the end does not always go well for pretenders. Be who you are.

May God bless you dearest and give us the grace to be true in our words and deeds, May He also forgive our pasts and bless your future. Amen

It is time for Clean-Up

When we reject God

To get a Reward

Because of the Crowd

Fifteen Points to Consider about What God has given to You

Reasons to Pray and Not Lose Heart

This is the Time for Clean-Up: Friday 33rd Week Ordinary Time

The King that is Ready to Save. Solemnity of Christ the King