Let us Clean the Inside First.Tuesday 21st Week Ordinary Time 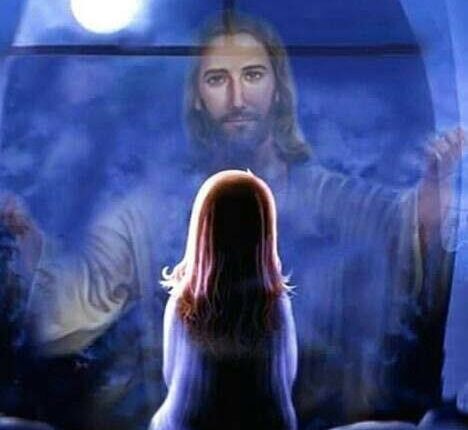 Let us Clean the Inside First

A man was so happy sending huge amounts of money to his twin brother so that he can use it to build a house for him.

It happens that every time he sends money, his brother will also reciprocate by forwarding recent pictures of the ongoing work. This continued for a long time until the brother decided to come home and at least enjoy the fruit of his labour, having seen the completion of the building only on pictures.

The owner of the building was so happy when he sighted his building from far. The outside was ultimately decorated, stylish in appearance, and planned. The people who pass by, also are not left out in showering praises on the master planner of the house.

The owner of the house did not worry about the inside, because he thought that if the outside could be so elegant, then the inside would be highly sophisticated.

But things turned upside down when he entered the house. Everything was the opposite. The inside was nothing to behold, and at this time even his twin brother was nowhere to be found. His happiness turned out to be a bitter experience.

In today’s gospel, Jesus berated the Pharisees and the scribes again.

He accuses them of being so hypocritical in their actions. They are only interested in outward appearance and show. They pay their tithe with mint and dill and cumin to appear good and wonderful but neglect the weightier matters of the Law.

Jesus says that these are what they  should have practised, without neglecting the others. Therefore, they neglect what matters most, to pay attention only on their outward show.

He calls them blind guides, because whoever follows them will be destroyed or fall in a ditch.

Clean the Inside first

Jesus goes on to berate the scribes and Pharisees.

According to Him, they clean the outside of cup and dish and leave the inside full of extortion and intemperance.

Jesus then exhorts them to clean the inside of cup and dish first so that the outside may become clean as well.’

Therefore, they have to clean the inside first. The inside is the most important.

When we look at most buildings around Imo State built by the past government, we will come to understand what Jesus was talking about today.

Sometimes, we are only interested in decorating our outside while the inside is very dirty and nothing to behold.

Appearance is not the key, what makes us who we are, is the inside. This is the problem of the Pharisees who are only interested in an outward and external show of righteousness but their heart is very far away from God.

They do not practice the virtues of mercy, faith and judgement. Hence, they appear to worship God but do not follow the teachings of Jesus Christ.

So, whenever we do our spiritual works and responsibilities only to be praised by people, we become like the Pharisees. God wants us to worship Him in spirit and truth. Let us focus on what goes on the inside. Let us always clean the inside first.

Alas for The Pharisees

“Alas” which sometimes is interpreted as woe is used to show extreme bitterness, grief, or unhappiness over something. Sometimes it is used as an exclamation when bad things happen.

Jesus’ use of the word today expresses his unhappiness at the type of life the Pharisees are living. That’s why He calls them hypocrites!

The Jewish law required the Jews to devote a tenth part of all their property to the support of the Levites (Numbers 18:20-24) Another tenth part goes for the service of the sanctuary, which are commonly in cattle or grain and the first fruit of the earth. (Deuteronomy 14:22-24).

Jesus berates them for paying their tithe of mint, Dill and Cummin but neglecting to show mercy, love and faith in what they do.

The point is that they have to clean the inside first. In essence, their relationship with God matters a lot.

Mint, dill, and cummin are herbs that have a fine aromatic smell which is sometimes used as perfumes. What the law says is that they pay tithes of the “fruits of the earth,”(Deuteronomy 14:22)

It did not say anything about using such herbs but because of the aromatic smell, the Pharisees love using them as tithes.

So, Jesus is saying that they are only interested in doing things which the law had not expressly commanded, while they refused to pay attention to the true requirements of the law.

Clean the Inside First

What God requires from us is not only how much or how far we perform religious rites and fulfill certain obligations.

It is how just and pure we are in the heart. It is how true and sincere what we do is.

God looks into the heart, not the outward show.

What Jesus needs from us is a heart that is full of mercy, kind, compassionate, and always helping the poor.

It is the heart that longs for peace and nothing more. Jesus wants us to purify the inside first. He needs those who are truly faithful to Him. Let our heart be clean as our outside is so elegant and charming.

It is not rushing to be at the front seat in the church, while our hearts are full of deceit, corruption, and evil.

In the end, God is not going to reward you for always being at the front seat.

He will not reward you for taking any title in the church.

He is going to reward you for the good things you have done amidst all these.

The scribes and Pharisees did not have God as their motive. They do things only to be seen. They seek human applause rather than Divine reward.

So, the question here is “what is sincerely the reason behind what we do?

Today, we spend a lot of money trying to appear good and stunning in front of people which is not bad too, but the key is, as we fight to keep the outside clean, do not forget the soul. Let us also clean the inside.

In the end, the body we struggle to keep fit and appear nice will end and decay while the soul we abandoned will continue its journey to eternity. Let us always be merciful, kind, seeking peace, and faithful to God.

May God bless you dearest and give us the grace to overcome at last. Amen

The Life of A Hypocrite. Monday 21st Week Ordinary Time