David as Role Model for Present Leaders. A Call to Service. 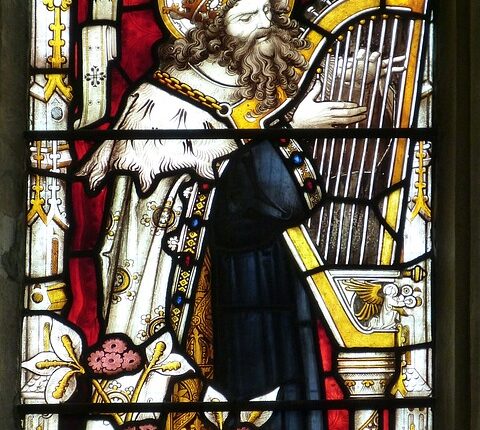 The hallmark of David as a leader is like gold that is refined its unicity and distinctiveness. We see this in his preparation and call to service.

According to the Oxford Dictionary, leadership is the capacity of someone to lead. It also refers to the office or status of a leader. David’s leadership traits are more of pro-activity rather than susceptibility. It is reformatory rather than transmutation. He is a leader of insight, precognition rather than hindsight, a man full of Divine enablement, Divine security and total trust in God.

David’s call to leadership is like a vision, fore-determined and divinely ordained. Hence, this is owing to the nature of God’s call. As Jeremiah 1:4-5 says ” Before l formed you in your mother’s womb l chose you. Before you were born l set you apart” which discloses that the Christian God has a plan and a calling for every life.

David is a man seen as one according to God’s own heart. His life follows that of our Lord Jesus. A man whose confidence and trust in God is top-notch. Some prominent qualities evident in the life of David are:

1. Humility: David was a man who knows when he has gone astray and time to ask for forgiveness. He always humbles himself before God and does not consider himself in any way above God. He humbled himself and followed God’s directives and guidelines. The humility of David is something lacking today among our leaders.

3. A Patriot: He was not just a leader but a visionary leader who is ready to stake his life for the love of his country and citizens.

4 Sharp-witted Administrator: David is a man after God’s own heart whose administrative authority is of God. He takes God as the first is his life. Everything he followed must be from God. His administrative guidelines were only God’s instructions. Hence, he operated with wisdom.

5. Faith: David is a man who works with the presence of God. He is God-fearing and seeks guidance from God. He trusts in God deeply even in calamity.

6. Owned up His Faults: David never tries to back off when he screwed up. He was willing to ask for forgiveness when he erred.

7. Obedient: As a compassionate, loving, kind, and truthful leader, David humbled himself before God, prophets and before the people he served. David did not disobey God for once.

8. Gratitude: David is always thankful for any success or victory he achieved, knowing full well that all glories come from God. This particular quality lacks today among contemporary leaders. Today, boastfulness and personal achievement or gain is the order of the day. Many tend to forget that authority comes from God.

9. Grace: David as a man after God’s own heart, is renowned for his mistakes and successes, but being a good leader doesn’t constitute making a mistake, but having an open and quick heart to ask for forgiveness and getting back on the right path. In 2 Samuel 24:10″ David says “I have sinned greatly in what l have done. Now, Lord, l beg you take away the guilt of your servant, for l have done a very foolish thing.

10: Patience: David’s promotion to prominence was gradual. He recognizes God’s hand and call on his life, and gave God credit for his leadership.

Finally, one may ask “what kind of contemporary leadership qualities can will enjoy now? Is it leaders who always forgets that authority comes from God? Is it despotic or tyrannical leadership who see the opportunity to serve as a lifetime of hereditary instinct? Our leaders need to emulate David.

The emulation of David’s leadership excellence will go a long way to reform, transform and change the mindset of our present leaders, who see their citizens as third class, alien or stranger in their own country. When many find themselves in top positions, they relegate God to the background and treat people as if they are not human beings. We need leaders that are after God’s own heart.

Nwaogwugwu Franklin Chigozie, is a student of University of Nigerian Nsukka, He is an inspired student of good leadership, a writer with a great instinct in politics, world Affairs, sports and education, and hoping to have opportunity in the development of mankind.