When People Think You Will Never Succeed In Life 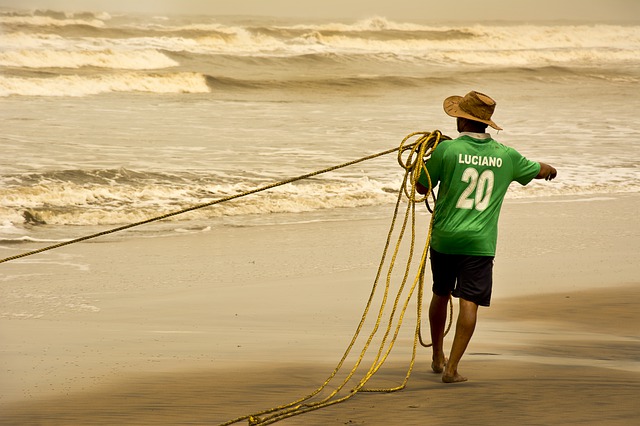 Do you know many people around us have concluded that others can never succeed in life? Do you know that there are people among us who see their counterparts as an already defined failure that will never see the light of the day? Maybe they made this assumption due to the present conditions of those people.

There are people when we see them, we feel their own has ended already. Many of those who come to you and some you share your experiences with, may in their minds define you as a failure.

There are times people treat you as if you are nothing. They may respect others, but when it comes to you, they feel you do not have any sense of worth.

Many people treat you badly and insult you because they know you have nothing, and may have concluded that even in the future you will have nothing.

At times, when people think this way for us, there is this temptation of subconsciously accepting what they have concluded. Many of us are moving with this impression that they are never-do-well. This continues to affect whatever they do.

Maybe because of that single mistake you made, some of your colleagues concluded that you are already a failure in life. Sometimes because you failed an exam you are supposed to pass, maybe you are working in a remote area, without much income. Maybe you are poor and presently feed on hand to mouth. Maybe you are advancing in age or you are yet to marry.

Maybe your children are still growing, and everything seems to be hard in the family etc. Because of these and other conditions, people see you as good for nothing.

There are people today who are living from hands to mouth. There are some among us who encounter heavy setbacks in life that look like there is no solution again for them. When we face some of these situations, many people use us as their morning, afternoon and evening talk.

In this case, when we observe how people treat us, we become depressed, worried and often appear sick. Many times you are tempted to do what you are not supposed to do to make ends meet.

The real problem with this is not that people have already concluded who you are or what shall become of you, but that you have accepted their negative evaluation of you and allowed it to continue to affect whatever you do in life.

In John1, when Philip met the Lord, he went to Nathaniel and announced that He had met the one whom Moses and Elijah wrote about. Nathaniel said to Him “can anything good come from Nazareth (1 John 1:45-46).

Some commentators say that the town of Nazareth was nowhere mentioned in the Old Testament or in any way linked to any of the messianic prophecies.

The town is nowhere near Jerusalem. So it is removed from the center of action and attention. How come now, a whole Messiah is linked to a town that has nothing to contribute to the growth of the Israelites all these while. Later, the reverse was the case.

No prophet ever lived in Nazareth or said anything about it. But during Jesus’ time, it became the talk of the day. From nowhere, a town that was totally neglected and not even counted as prominent later became the talk of every generation. Such is the work of God.

There are people when they see you, they conclude that nothing good can come out of you or your family. Some have deserted your life because things are not working the way they expected in your life.

They were once close to you when things are going well, but now that you are undergoing difficulties they forget everything that you were to them.

When some look at you, they calculate in their mind that this kind of person can never yield anything good.

This is why many of those people who were once close to you have left your life. For them, there is nothing again you can contribute, and this continues to eat you deeply. Many today who are worried and depressed about their lives have this as the major problem they are undergoing.

When we encounter a setback or make mistakes, even those who were close to us may conclude that this is what it should be in your life.

When people think you will never succeed in life, do not make the mistake of agreeing with them. God’s time is always the best. God can favour anyone at any time even when all hope is lost.

Do you know some people feel so low about themselves even among their agemates because others are now successful, but they are still struggling?

Do you know some people feel so intimidated when they see their classmates or course mates? Many find it very difficult to express themselves among them because of how their condition is at present? Beloved, life is somehow. It favours anyone when his or her time reaches. The Igbos say ogechi ka mma meaning God’s time is the best.

That mistake you made is not a conclusion that you are forever a mistake. It is not even a certainty that God has concluded that you are. God’s mercy is endless. When He has not concluded on you, do not conclude your life yet. When people think you will never succeed in life, always remain focus on God, who can do all things.

That failure that happened to you, that betrayal by someone you so much love and help, that business venture that failed, problems that you are passing through now etc are not everlasting.

God did not put everlasting things on them. Once we are in this world, anything can happen, and the future can be brighter.

Take a little time and reflect with me on the thief that was crucified with Jesus at the cross of the Calvary. During his imprisonment, torturing and execution, many have concluded that such a person is already a citizen of hellfire.

Some will conclude that such a person must go to hell and be punished by God. Imagine what people could be saying against Him.

Many may be saying things like “He deserves to die, heaven is not for this one. Criminal, this is how you have rubbished your soul”.

The crucified thief may have also lost hope. But just at the 11th hour, a thief turned into an inhabitant of heaven. God is not a man. A man may conclude on you, but God has not concluded on you. Remember these:

1. When people think you can never succeed in life, do not give them any single reason that what they think of you is true.

What God thinks of you is true and not what man says. People will always find something to say when you have problems or when you are struggling. At last, God has the final say.

2. Many conditions that come to us may be a blessing in disguise. Not every difficult condition is bad. Many came to you to push you out of your comfort zone. Sometimes, take what people say about you as fuel to prove them wrong and not as something to make you feel depressed.

When you notice that your worth is depreciating, know that something is wrong. Do not get down because of it. Use it like a burning fire. Whenever you want to get tired, remember that insult, remember that ill-treatment, and that neglect. Let those things motivate you.

3. When people think you can never succeed in life again, it is not true that you will never. Everything boils on your acceptance. If you accept such and allow it to weigh you down, it begins to make you weak and tired. But, when you reject every negative notion about you is already a step forward.

4. Always take your case to God. Remember how Hannah took her problem to God in 1 Samuel 1, and God hearkened to her cry. If you want to cry, let it be before the Blessed Sacrament.

If you want to shed tears, let it be before the Lord. Only God knows the better way to wipe away your tears. Do not waste your tears at home. Take the problem, the insult, case, betrayal, failure and other depressing conditions to Him.

5. A failure does not define you as one. A mistake does not also make you one. Rejection by people is not a sign that God has rejected you.

Take a day off and go to a lonely place and plan your life very well. Many who have begun their businesses today are people who lost their jobs. So, Instead of staying at home crying and feeling depressed, they used that moment to start their business.

Every sad condition in your life is not final until you make it as something final. So, rise again. Always remember that there is light at the end of every tunnel.

May God bless you dearest, and give you the grace to overcome your challenges. Amen.

When You go Through A Painful Situation

Make Peace With Your Past

To Undergo Transfiguration: 2nd Sunday of Lent Year B