Conversion of Saint Paul: Lessons from the Encounter. 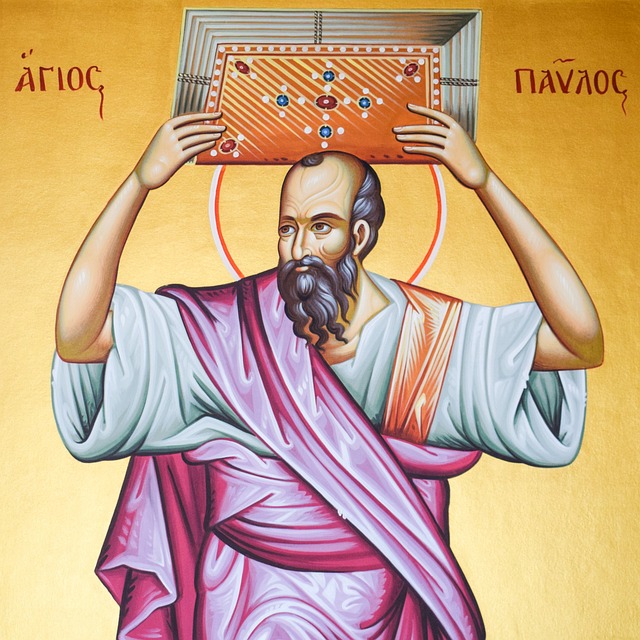 Breakfast with the Word Conversion of Saint Paul

Today the Holy Mother Church celebrates the feast of a great apostle, the Conversion of Saint Paul whose life can inspire many. Saint Paul was an ardent Pharisee who can go to any extent to defend the law.

During the time of Jesus, the Pharisees are always at the forefront when it comes to having an open confrontation with Jesus.

They see themselves as the sole interpreters of the law, but in the time of St. Paul, He vowed to decimate, kill and persecute all the followers of the New Way (Christians).

In fact, He was a violent persecutor of the church and was greatly feared by the people by that time. Paul was fully present at the martyrdom of Stephen.

Acts 8:3 says that He was going from house to house, dragging people out and putting them in prison. Because of this, the church scattered all over Judea and Samaria. He even issued threats.

Today, when Paul discovers that some leaders are happy with Him, Paul takes permission from the high priests to journey to Damascus and eliminate the Christians there. It is then on the way that Jesus encounters Him, and converts him to be His apostle. The lessons to take home from this encounter are:

1. We are Always Under the Power of God.

Take time and imagine when Paul was busy persecuting the Christians, issuing threats etc. Imagine the feeling He would have, to see that people are fearing Him. He may feel He is on top of the world and every power belongs to Him. He may be thinking that nothing would ever happen and that Jesus is not real, until that encounter.

In the same vein, many today who occupy top positions in the country and many offices sometimes may be tempted to think that all power, belongs to them. Many today feel they can intimidate and destroy anyone, and nothing would happen. Some people around us may begin to feel they have a secret spiritual power they operate.

Some of them think they can kill and do everything they want. Sometimes when we do something, and it works for us, we may be tempted to begin to see ourselves as God of heaven and earth until the day God would use a particular event to let us know how empty and nothing we are.

The Conversion of Saint Paul today teaches us that despite who we are, let us always know that we are under the power of God.

2. Until You have an Encounter.

Today, there is always this tendency for people to lose faith in God and stop going to church. The reason sometimes is that many think that what we do is not real. Many of  us even talk against Christianity as if Christianity is their problem.

Our problem is our inability to live a life that pleases God. We do not have time for God, and yet we come back to complain. The Conversion of Saint Paul reveals the power of an encounter. Until we have an encounter. Until we truly have an experience that will change who we are, the notion of God may always sound like one of those fairytales. Let us always pray for a divine encounter.

Let us not forget that Paul was once an ardent Pharisee. In fact, it was His burning desire to defend the law that made Him make sure that everything about Christianity is wiped out. In fact, the Conversion of Saint Paul was a conversion from a false notion of living a holy life to a true notion of a holy life.

There are times we think we know it all, but we do not know that we are even far from what we think we know. Religion is something, that is supposed to bring joy, freedom, faith in people and not something that would bring pains, murder, hatred etc.

Today Jesus transforms Paul to the true way of love, hope and faith and not that of killings, kidnapping and pains.

The true religion gives peace and not the other way. In the same vein, every Christian is supposed to be instruments of peace, love, forgiveness, mercy, unity, fear of God, joy, freedom wherever we are.

We are not supposed to be instruments of division, hate, power struggle, ethnicism, wickedness wherever we are.

God can touch any Soul.

Who in his/her wildest imagination would think that when Saul was persecuting the Christians, He would one day turn to an ardent follower of Christ? Whoever would think that today we would be reading epistles of a man who was once a murderer in different churches?

Let us seek Him with all our hearts. An encounter with the Lord is the secret of change.

A Kingdom that Divides Against Itself.Monday Third Week Ordinary Time

The Word of God is Salvific. 3rd Sunday Ordinary Time of the Year C

The Power of “ I am Sorry”: Why we need to Apologise.

The Way we respond to God

Let Nothing Stop You from doing This

The Way to Change: Sunday Breakfast with the Word

What we say about Others

Conversion becomes easy through His Grace.

In the gospel of yesterday of Mark 1: 14-20, Jesus calls some apostles to be fishers of men. He asks them to come after Him, and He will make them fishers of men.

The change here or the transformation that they would undergo must come through Jesus. Everything becomes possible through Him.

When Saul was on His way to Damascus, He was a great persecutor, but after his encounter, he became an instrument of the conversion of souls.

The Conversion of Saint Paul indicates that through the grace of Our Lord Jesus Christ, conversion becomes so easy. Always pray for this grace for any hardened soul. The grace of God makes things easy. Let us pray for His grace always.

We belong to Jesus.

As Jesus appears to Paul, He does not ask Paul why he is persecuting the Church, but why is he persecuting Him.

In the body of Christ, we are one body with Jesus. When you persecute your brother/sister who belongs to this body, never think you are fighting Him alone. You are also persecuting Jesus.

Therefore, there should be no room for hatred, infighting, quarrel and wickedness among brethren. Jesus tells us in John 13: 33-34 that the only way to show that we are truly His disciples is to love one another.

Secondly, when we also help each other or help those who belong to the body of Christ, we do not just do that for that person. We are doing that for Jesus. He says in Matthew 25:40-45 that whatsoever we do for the least of the brothers, we did it for Jesus.

Remember that word “Whatsoever”. It means that anything whatsoever we do for the body of Christ, we do it for Jesus.

Therefore, As we celebrate the feast of the Conversion of Saint Paul, May God through His grace touch more souls to come to Him. May He also transform and change your condition, Amen.

Assessment of the Prayer Journey with Mary Undoer of Knots.