Marriage and Divorce: This is What Jesus Says. Friday 19th Week 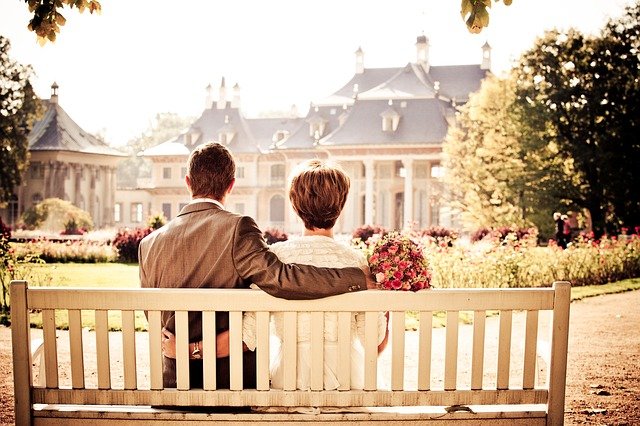 One of the greatest problems we face today is the issue of divorce. Today, the rate of divorce cases is alarming.

From the gospel of today, Jesus has strong views against divorce but permitted such only on the grounds of infidelity.

Marriage is a field handled efficiently by experts but in the light of today’s gospel let us see the reason, divorce must be ruled out in every marriage.

Do These If You want to bear Fruit. Feast of Saint Lawrence.

Jesus Has dominion Over Everything.

In the gospel, the Pharisees ask Jesus if a man is allowed to divorce his wife for any reason he wants? Jesus did not give a yes or no answer, but Jesus refers them to the intention of the Creator.

Jesus answers them, ‘Have you not read that the Creator from the beginning made them male and female and that He said: This is why a man must leave father and mother, and cling to his wife, and the two become one body? They are no longer two, therefore, but one body. So then, what God has united, man must not divide.”

From this answer, God is the one who ordains marriage. It is the Creator who makes them male and female (Genesis 1:27) and joins them ( Genesis 2:23).

So, we must take marriage as something sacred. This is the reason we must respect the matrimonial bed.

Today, there is an increase in the rate of divorce cases. Some of these cases may be because many do not truly understand what marriage is, and they jump into it.

Many people who enter marriage today think it ends in dancing on the day of the wedding day. Marriage goes beyond that.

It has its twists and turns. It has its sweet and annoying moments. Marriage has its own joyful and also challenging moments.

Some also enter marriage for some particular intentions, and when they do not find such anymore, they jump out of the marriage. Many go into it because they were blinded by exotic cars and wealth. They hope to enjoy the money. When they do not see the reason they entered the union in the first place, they become frustrated.

Many jumped into it thinking it is the same thing as a friendly relationship, while some jumped into marriage because they see that others are into it.

Also, before marriage, some people pretend and hide their true character, and resurrect it immediately after they tie the knot.

These create problems and continue to cause havoc in many homes. Then the easiest route to be free becomes divorce.

Many also involve a third party in their matrimonial homes. It then begins to cause a lot of problems, and they end up breaking their marriage.

Also, some people opt to divorce because of the inhuman attitude mete on them by either of the couple.

While others decided to quit their marriage because they could not cope again with many challenges that even threaten their lives. And these continue to destroy many homes.

The main point in today’s reflection is to remind couples that marriage is a divine institution.

It is God that joins together. They should treat their union as something sacred and sacrosanct.

When both couple respect each other, love each other and understand their marriage, the issue of divorce will begin to dwindle.

Instead of asking and encouraging people to divorce, my advice is that if you know that thing that always brings problems to your home, why not stop it and make your family peaceful.

Instead of rushing to seek a divorce, why not change the way that you live, which makes the other partner’s life unbearable.

Let us say no to divorce. It is good to understand and learn about your partner before you go into marriage.

Marriage is an unending school that one cannot graduate from until death separates.

In essence, there is no one without weakness. So, tolerance, the ability to forgive, love and understanding are keys that can help one to a last-longing relationship.

When the Pharisees ask Jesus this question, they put it up like this “can one divorce for any reason at all?

They were busy looking for a reason like most of us do, but implicitly, Jesus’ answer is on the negative. He concedes to that only on the grounds of infidelity.

Jesus reminds us of the position of the church that the essential properties of marriage are unity and indissolubility ( Canon 1056).

He says, “a man leaves his father and mother and then become one with his wife. They become one body, not two (unity). Then Jesus adds “So then, what God has united, man must not divide” (indissolubility).  So, this is a mystery which even heaven affirms.

Divorce is Not in God’s Plan.

When God created man, divorce is not in the plan of the Creator who made them. When both have joined together, they are no longer separate entities but one. So on no ground should one separate them.

In these cases, the church can annul the marriage. An annulment means that the marriage did not happen in the first place, because of those factors that invalidated it.

So, while divorce ends a legally valid marriage, an annulment treats the marriage as if it never existed because of the factors therein that made it so.

God is the One that Joins Together.

In the gospel, Jesus reminds the disciples what Genesis 2:24 says that it is true that man leaves his father and mother to join his wife, and they become one body.

Then, Jesus ends that statement with “let no one separate what God has joined.”

Therefore, it is the man that leaves to join, but it is God that is binding them together.

A man should know he is not the initiator or originator of marriage. He is only fulfilling a divine command. So, he has no right to treat marriage as He wants.

Divorce is a Sin.

Today, Jesus did not in any way entertain divorce but treated it with scorn and it shouldn’t be mentioned among the children of God.

Divorce is simply going against the will of God. He says today that He who divorces His wife or husband and marries another commits adultery. Thus divorce is a sin.

Today, there is this tendency of seeing commitment as good only as long as things are moving well. When difficulties arise, instead of working things out, we may be tempted to walk away.

Let us always be committed to working things out. When you have challenges in your marriage, take your time and meet marriage councillors who will always help to mend your broken home.

I so much believe that there are problems that the couple can solve amicably just between themselves, but they allow it to escalate because one feels he or she should be the one to be apologised to. When couples commit themselves to peace, peace will always reign in the house.

For a family to grow and last, it is not the function of one person. In a family where the two are committed to making things work, there is always peace.

Marriage is not a One Year or Two Years Program.

This is why a marriage course is very important. But many do not see it as anything and later will complain when the problem begins.

Let us always prepare for marriage and make out time to attend marriage courses. Also, meet those who have been there and listen more to them. What they experienced, you might experience.

It is not always a bed of roses. In marriages, challenges and temptations may still arise along the way.

Yes, we will make mistakes, and there will be difficulties but fight to keep a loving and long-lasting relationship.

For those who are already passing a lot in their marital homes, be calm, seek help and do not die in silence. Marriage is not also a do or die affair.

If you are having problems, always refer to the church to help and guide you before you die in silence. For those who are already separated, I still say that all hope is not lost if you can forgive and forget the past. Many who are separated today are regretting it. We believe many problems can still be settled amicably.

For those who may not agree with me or still look for reasons to separate, the same thing happened in today’s readings.  After today’s teachings, the disciples said to Him, ‘If that is how things are between husband and wife, it is not advisable to marry.’ Do you see that?

But Jesus replies them, ‘It is not everyone who can accept what I have said, but only those to whom it is granted. Therefore, before we fall into the category of those who do not accept, please remember the instruction of the Blessed Virgin Mary in John 2:5. She says “do whatever He tells you”.

May God bless you, dearest give us the grace to make good decisions in life. Amen

The Assumption of the Blessed Virgin Mary: God desires Holiness.