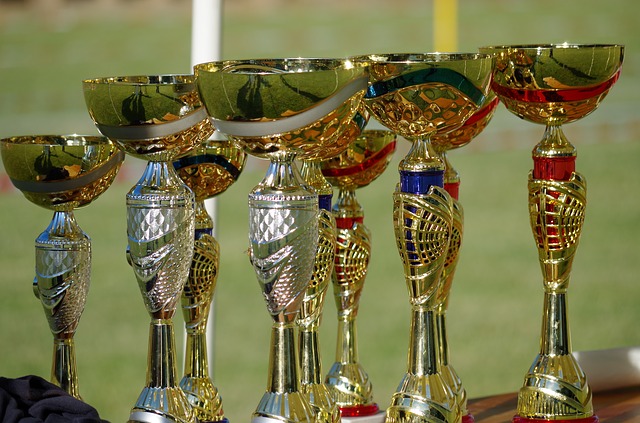 After going through the gospel of today, one may be surprised. We may ask the reason the Landowner decides to pay all the labourers equal. We may hastily conclude that the landowner ( interpreted as God) is unjust and inconsiderate. Today’s Gospel teaches us the nature of the reward that comes from God. The reward that comes from God is undeserving. To understand the gospel let us look at the key points.

This is the Wealth We Must Seek

The Assumption of the Blessed Virgin Mary: God desires Holiness.

Be a Child Before God

Marriage and Divorce: This is What Jesus Says

Today’s gospel is a follow up to that of yesterday. After Jesus has condemned the actions of the rich man. Peter asks Jesus “ we have left everything and followed you, what then is left for us”.

Jesus responds to him that everyone who sacrifices anything for his sake will gain eternal life. Then Jesus tells His apostles that “Many who are first will be last, and the last, first.’

So, Jesus is using the parable of today to explain to Peter what means by that. Jesus uses the parable to teach Peter that the Kingdom of God is not merely for the Jews only.

It is also for those who will come later. it means that others can also partake in the kingdom of God. It is not only for the disciples or only for the jews. And every person will receive the same reward.

He ends both chapters 19 and 20 with the same statement “ the last will first, the first will be last”.

The Kingdom of God is Not Earthly .

Jesus uses a business background to communicate today’s message but in the message, He streamlines the difference between us and God.

In the parable, Jesus says that

” When the first came, they expected to get more, but they too received one denarius each. They took it, but grumbled at the landowner. “They said, “ They have done only one hour, and you have treated them the same as us, though we have done a heavy day’s work in all the heat.”

The man answered, “My friend, I am not being unjust to you; did we not agree on one denarius? Take your earnings and go. I choose to pay the last comer as much as I pay you. Have I no right to do what I like with my own? Why be envious because I am generous?

Jesus through this parable reveals that God gives His gifts freely and no one dictates to Him how He would do that.

When we work for people, the owner of the work pays us because we deserve it. But God blesses and bestows His gifts the way He wants. Therefore, God gives His reward the way He wants. This is the nature of the reward that comes from God. God rewards us the He wants and not the way we want.

The Gifts of God.

The workers in the gospel were called by God and they responded. They became recipients of the reward not because of the time they have been working but because of their response to God’s grace.Therefore, there is already a mapped out a wage for the workers.

When we respond to God’s calling and commit our lives to do good and work for Him, the same reward that was bestowed on the saints are also waiting for us at last.

God gives us Reward not Wage.

In this parable, Jesus uses wage to communicate today’s message but still ended up that what God gives is not a wage in the right sense but a reward. Both are different.

A wage is an amount of money paid to a worker for a specified quantity of work ( as indicated in the parable).

It is like when you are paid or earned your salary. This one is a must and one can sue his employer for refusing to do so.

If God should be paying us according to our deeds then who will survive? ( Psalm 130:3).

Hence, a reward is something of value given in return for an act. (As the parable is trying to communicate). It is like “Because you did this, then have this”.

Therefore, we do not have to think that God is supposed to do this or that for us. God is not owing anybody and let us not think that because we have fasted and prayed for two weeks God must obey whatever we want. This is highly erroneous.

In the parable of today, the landowner goes out each time to invite people to his vineyard.

Just like the Landowner today goes out each time to invite people to His Vineyard, God also presents to us daily opportunities for repentance. He invites us always to come back to Him.

It can come through experiencing hard situations, encouragement and advice, homily, reflections, etc. Our response to these daily calling is not without a reward.

But sometimes, we block our hearts and became extremely tired when it comes to the things of God.

The people called first in this parable represents the jews. The Jews were the first to have this opportunity but they detested it.

They are the first who might now end up as last. Then others who grab this opportunity later are not denied a place in the kingdom of God. Such is the reward that comes from God. God is not partial.

Heaven is not Competition .

What the parable also tells us is that Heaven is a race and not a competition to know who is doing better and not doing better.

We are not here to compete on who is more saintly or not. Like the labourers faced the work given to them, let us do the much we can with what God has given to us.

There is no competition for heavenly rewards. Everything is wholly dependent on the generosity of a merciful God (an example is the story of the prodigal son and repentant thief ).

God can Surprise Anyone.

Finally, we can see in this parable that God can surprise anyone. Such is the reward that comes from God.

In the parable, those who came late may be expecting little. Imagine the surprise that would greet their faces when they were paid in the same way with first.

Therefore, God can surprise us with blessings and favours, we would never have imagined.

The key here is to take our work very serious and respond to opportunities as they come to us. The reward may be surprising at Last. Therefore, the reward that comes from God comes like a surprise package. This is the reason, we do not have to lose hope, anything can happen at any time.

May God bless you dearest and help us to respond to His grace. May He protect us from danger Amen

This is the Wealth We Must Seek. Tuesday 20th Week Ordinary Time