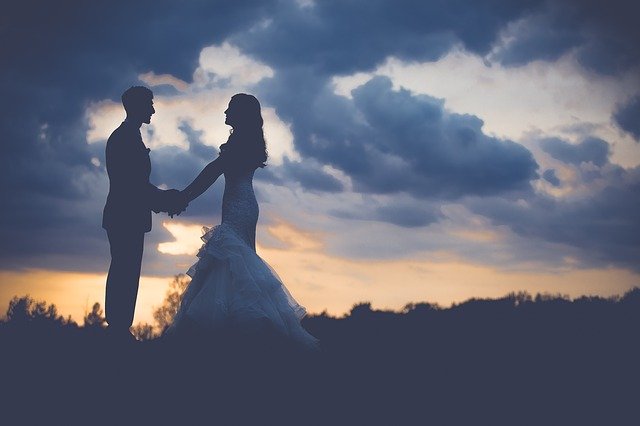 What God joins Together, Let no man Divide

The Catholic church is always straightforward when it comes to teaching and maintaining the sanctity of marriage. The answer Jesus gives to the pharisees today is “what God joins together let no man divide. Therefore, Jesus is reminding us that God is the one who instituted the marital union. Therefore, we do not have the right to divide what God joins together. By mentioning God in His reply, Jesus  certifies that Marriage is a sacred union.

Marriage is different from ordinary friendship. It is not a place we enter to test how it is and then come out of it tomorrow. Therefore, we have to prepare for it.

Marriage is not an institution one has to treat anyhow. If Christians understand the sacredness of marriage, they would respect their matrimonial homes.

In today’s gospel, Jesus says to the Pharisees who came to see Him that in marriage, it is God that joins the two different bodies together, to continue His work of creation. And what God joins together, let no man divided.

Today, the rate of divorce is alarming. Many marriages today has crumbled. Some marriages do not even last more than one year. Many Christians treat marriage as if it is nothing. We have forgotten that the institution of marriage was the mind of the creator.

At marriage, God is the one who joins them together, therefore, if God joins together, the couples must respect the sanctity and sacredness of this institution.

If Christians understand and respect the sacredness of marriage, many problems we experience in our marital homes today, would be avoided. What God joins together, let no man divide, because man is not the one who joins them.

In the gospel, Some Pharisees approached Jesus and asked, ‘Is it against the law for a man to divorce his wife?’ Mark uses the Greek word peirazontes meaning to tempt, to test someone etc. Therefore, the reason for their coming to Jesus is not to seek information but to put Jesus in temptation

We do not know what their reasons could be. Some say that the reason is that at this time Jesus was in Perea, which was Herod Antipas’s territory.

Remember that Herod Antipas is the one who put John the Baptist in prison because John warned against his marriage to Herodias. Maybe the Pharisees thought that Jesus, by his statements on marriage and divorce, would put himself into trouble with Antipas, so that he would suffer the same cruel fate as John.

Secondly, In terms of the lawfulness of divorce, The Jews believe that divorce was allowed. The crucial text was Deuteronomy 24:1: “If a man marries a woman who becomes displeasing to him because he finds something indecent about her, and he writes her a certificate of divorce”.

So, when they ask Jesus, ‘Is it against the law for a man to divorce his wife?’ Any answer will be a loophole. If Jesus gives a yes answer, He is supporting that people treat their wives anyhow, if Jesus says no, it means he does not know the law.

So, any answer is to trap Jesus.

Instead of answering the question directly, Jesus countered with a question of his own. He asked “Moses was your authority-what did he say? ‘What did Moses command you?”

They replied that Moses allowed them to write a certificate of divorce. Then Jesus says ‘

‘It was because you were so unteachable that he wrote this commandment for you. But from the beginning of creation, God made them male and female. This is why a man must leave father and mother, and the two become one body. They are no longer two, therefore, but one body. So then, what God has united, man must not divide.’ Back in the house, the disciples questioned him again about this, and he said to them, ‘The man who divorces his wife and marries another is guilty of adultery against her. And if a woman divorces her husband and marries another she is guilty of adultery too.’

Jesus did not question the law. But he explained to them that Moses’ permission to divorce is only to accommodate their human weakness. But that is not what God intended in marriage. God’s intentions for the family and marriage is that it must be a lifelong union, a bond that unites the husband and wife, and a sacred union.

So, the Pharisees mistook God’s gracious provision in allowing divorce as his approval of it. In the same way, God permitted polygamy in the old testament. But Polygamy was not the intention of the creator.

It is Time to Cut Them Off . Thursday 7th Week Ordinary Time of the Year

What God joins Together, Let no man Divide

1. God is the one who unites and when He unites, no one should separate. Marriage is not a vocation to be toiled with. It is sacred. What God joins together is always sacred and must be respected.

3. In marriage, the man and woman are one flesh and one body. Therefore, to ensure the family bond, they must live in peace and closeness with each other. While living together, they have to understand that their marriage institution is under the governance and rule of the Omnipotent God. Therefore, They must be united together in one flesh.

4. This also shows that marriage is not a contract of temporary convenience. It is not a vocation, we do whatever we like. Finally, it is not a union that we go and come out, at our own will. It is a permanent vocation. So, we have to respect our matrimonial home. What God joins together, let no man divide.

5. In the marriage relationship, they become one and not two. They become one; “one flesh” and “one body”. This states the unity and indissolubility.

Among the numbers, one remains indivisible. The man and woman are now one. The man and the woman must now plan things in common. They also have to respect the sanctity of their marriage.

Today many people have forgotten that God is the one who establishes the human family, This is the reason they treat their homes as shambles and treat the wives and husbands anyhow they want. The family bond that exists between husband and wife is not negotiable.

In 1 Peter 3:1) Peter advises the Wives, to respect and obey their husbands in the same way. The only way to do this is for them to be fine and holy in the heart (1 Peter 3:4). He also advises the husbands in verse 7 to live with their wives the way they know is right. Then respect her because she is a woman. Therefore, the family bond should be watered with mutual love and self-giving for each other.

6. Instead of building our families with mutual love and self-respect, we have allowed divisions, jealousy, bitterness and envy to cripple the foundations of our family. Today, the rate of divorce cases is at an alarming rate. We have allowed the devil to continue to attack the family stronghold. We need to bring back the glory of the past days and reconstruct the family values again. What God joins together, let no man divide.

May God give us the grace to live in unity always. May every family find joy in loving and supporting themselves. When we come together, it will benefit us more than when we divide. May God bless you. Amen.

If We become A Child Before God.Saturday 7th Week Ordinary Time