It is Time to Cut Them Off . Thursday 7th Week Ordinary Time of the Year 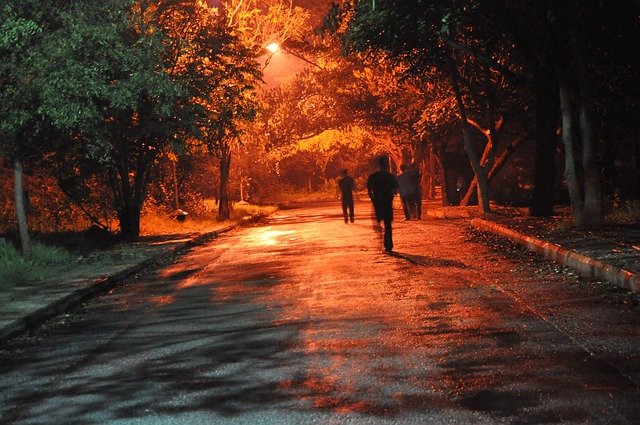 It is Time to Cut Them Off

I visited him with a friend who is also a priest. So, we went together. When we arrived at the hospital, we saw him writhing and dying slowly in pain and seriously crying. He could not even notice our presence. I asked the hospital management the reason, they had just abandoned him to die in pain.

The hospital management told us that the doctor had checked on him and left. We waited for Him. When the doctor came back, we asked if anything could be done so fast to relieve our friend from such a painful and critical condition. The doctor told us that He has already told the family what they would do. It appears that the left leg was damaged completely and the only thing to be done to save His life would be to cut off the left leg.

Then it seemed that the family objected to what the doctor said. They insisted that nothing would happen to him and that the doctor should find another alternative. The family was seriously boasting that the God of their pastor must intervene. They have called their pastor and he assured them the God he serves would repair the legs miraculously.

We begged the family to listen to the professional advice. God still has a way of saving people. Since God has saved his life from the accident and kept Him alive, it is better to cut off the left leg and allow the young man to live fully.

Yet It seemed that our pleading fell on deaf ears. We later left the hospital. After a few days, we heard that our friend could not survive it. I was very bitter. Then one of their sisters who seemed to be a hardcore pentecostal, and who was the brain behind the decision of not cutting the left leg, called me and was crying. She began to regret it and was telling me that she would have listened to us. Well, I don’t want to go further, only that this gospel today made me remember that painful experience.

Fides et ratio is faith and reason working together. Extreme faith which leads to the simple denial of reason and its aided power is fideism.

It is going too extreme, without acknowledging some common sense rationality. For example, it is common sense that when you are hungry, you have to eat. When you are sick, you seek medical attention. To do that, does not mean that you don’t have faith.

God still works with the medical practitioners. He gives them ideas on what to do to save you. Therefore, Faith and reason work together.

Fides et ratio is the koinonia between faith and reason. The church acknowledges the necessity of simple reason when it comes to faith.

Therefore, faith should not be without reason. Reason is the handmaid of faith. Let us not delve much into this. The main point of the narration above is that because the family of our friend refuses to cut off the leg which would have allowed him to live, he lost his life.

In today’s gospel, Jesus says to his disciples that if anything would become an obstacle for them not to have or achieve eternal life, they must cut it off.

From what Jesus said, it is better to cut it off and achieve eternal life than having them and receive eternal damnation at the end of our life.

In the same way, that the family of our friend refused the doctor to cut off his leg and allowed him to die in pain, is the same we would die of our sins if we continue to hold on to the sins and guilt of our pasts. Therefore, it is time to cut everything that doesn’t give God glory in our lives off. It is time to cut them off.

Instruments of Salvation and Not Damnation.

In the gospel, Jesus says to His disciples, ‘If anyone gives you a cup of water to drink just because you belong to Christ, then I tell you solemnly, he will most certainly not lose his reward.

‘But anyone who is an obstacle to bring down one of these little ones who have faith, would be better thrown into the sea with a great millstone around his neck.

In essence, Jesus promises great reward for anyone who lives His life, doing good, helping people and touching souls. There is a great reward that awaits when we live our lives for the salvation of others. This is when people find solace through you.

It is also when you become an instrument of salvation to people. Such a life is great. God wants us to be a light to souls. Let people who encounter us encounter Jesus. Let souls who come to us, find God more, than lose Him.

This is the reason Saint Justin always prays that God forgives Him for the lives He may have led astray either knowingly or unknowingly. These souls are important to God and that would be the trophy we would lay at the feet of Jesus on the last day.

He warns in this gospel, that anyone who becomes a scandal or an obstacle to these little souls and causes them to lose faith, it would be better than the person is thrown into the sea with a great millstone around His neck.

To Lose the Soul is the Worst Mistake.

When Jesus says if your hands or eyes cause you to sin, cut it off. It is better to lose them than to be thrown into the hellfire, He did not mean we should start cutting the body.

It is better to live our lives making sure that our souls do not perish after. Earthly life is temporary. But invariably man concentrates mainly on the temporary forgetting that his life here is temporary.

This becomes clear to him only at the point of death. Jesus knows about life beyond more than all of us. Then instructs his apostles to cut off anything that will lead them to hell. Therefore, to lose our souls, in the end, will be our greatest regret.

It is time to cut off everything, anybody, any situation etc that consistently leads us far from God. It is Time to Cut them Off.

Let us Cut them Off

In the gospel, Jesus says to them again

First of all, let us not understand this literally. To cut something off means total removal. It means not going back to that again. So when Jesus says cut it off, He means that we must willingly and decide to remove whatever will lead us astray. Whatever that will make us lose eternal life, Jesus says “it is time to cut them off.

1.Jesus knows the pains one may have if he/she cuts his hands and plucks his eyes. Cutting off something from our body involves a lot of pain. So to quit something is the sacrifice we make for eternity. So, it is time to cut off anything that will lead us away from eternity. It is time to cut them off. This is the time to make a strong resolution to remain close to God.

4. This is also the time to cut off from laziness, ingratitude, faithlessness, killing, excessive materialism. It is time to cut them off. Let us seek for the life that is the most important. In whatever we do let us remember that our life on earth is limited. Let us also think of eternity.

May God bless you dearest and forgive us in any way we have sinned against Him. Amen