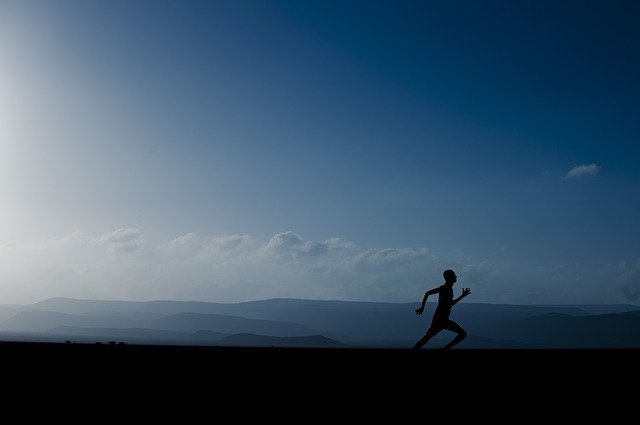 The ministry and work of God is a collective work for everyone. We have something we must surely contribute to ensuring that the work of touching lives and evangelisation continues.

Therefore when we see the other person working, let us know and understand that we can also use our gift for the same purpose.

Do not stop him, when God is using him/her. The ministry does not belong to anyone qua tale, the ministry belongs to God. We are all God’s instruments working together in God’s vineyard. As people who seek the same goal, working in the same vineyard, we are also different. We are different in gifts, talents, services, ways of approach and mannerisms.

In this work, we are gifted by God differently. Also in our families and different fields of endeavour, we have a mission God sends us to achieve.

Someone might be blessed to be the uplifter of a family. Someone may be lifted to be the person that will make something develop or grow. Through the presence and initiative of the other person, who also belongs to a group, the group can grow.

God may use the other person to make his work continue to expand. He can make use of anyone to save a family from poverty, problems and backwardness.

The problem that we have today, is that when we see how God is using the other person to fulfil his intention, we become jealous and envious. Sometimes we fight the person at the back. We begin to pray for the downfall of the person, then we forget also that when the person falls, it may still affect us in one way or another.

Therefore, when we see anyone doing something good, do not stop Him. Many Christians today are fast to fight anyone they feel is shining and they are not shining.

The person shining may just be doing what He is doing not for the shining aspect of it but because he or she has found joy in doing that. And when someone finds joy in doing something. You can never stop him or her again.

Many families easily become jealous of the other family, they think is rising. Some friends today are not on good terms, the reason is that the other person is now becoming so jealous of his friend.

We are fighting and hating each other because of progress, instead of working together for a common goal. Many Christians today, cannot work together with another person or their associate and it will also be easier to stop him or her.

Do not stop anyone whom God is using. When we see someone assisting or trying to help us, do not misunderstand him or her. Sometimes, the negative things we think about a person are not true.

They may also be members of your family. That person that we want to fight today may be the person that God has laid our part to wipe our tears. Therefore, let us not be fast to stop Him or her, if what he is doing is good and we are benefiting from it.

The Way to Save Lives

How to Win souls for God

The Power of “I Am Sorry: Why We need to apologise

Do not Stop Him: The Gospel Digest.

In the gospel today, John said to Jesus, ‘Master, we saw a man who is not one of us casting out devils in your name; and because he was not one of us we tried to stop him.’

‘You must not stop him: no one who works a miracle in my name is likely to speak evil of me. Anyone who is not against us is for us.’

When we look critically at John’s statement, we will notice a few things.

2. The reason they tried to stop the man is that he is not one of the disciples.

3. John says “we”, which means it is not only Him that tried to stop the man. There may be many and none of them could tell Jesus what happened; only John did maybe because of his closeness with the lord.

4. Then the final stroke here is that they are stopping the man because they saw that He was casting out demons in the name of Jesus.

This is something the disciples could not do even when a man brought to them a boy who is possessed with the spirit of dumbness in this same chapter of Mark 9.

This happened from verse 14 to 20, and as well, it was on the same journey that the whole thing happened. So from the whole scenario, one can decipher that the disciples may be acting out of envy.

Therefore, when Jesus says You must not stop him: no one who works a miracle in my name is likely to speak evil of me. Anyone who is not against us is for us.’

Jesus is telling them that they don’t have to stop him. He is saying to them, do not stop him, since what He is doing is not bad.

Here, Jesus is also saying, do not stop Him because he meant good and not bad. Therefore, the disciples of Jesus do not need to see wrong where there is nothing wrong.

It is not wrong to correct, hence, we do not have to fight someone whose hands are clean.

Many Christians today are suffering this. Many of us are undergoing persecution and dying silently because of the good things that we did or that we are doing and another person gets envious because of them. And this is seriously affecting us.

What Jesus wants from us is to come together. When we come and work together, so many closed doors will be opened. There will be a great success.

We can see in the gospel, that what really may have irked the disciples was that, though the man was not one of them, the main issue was that he was being successful at what he is doing.

And what made things even worse was that he was successful in what the disciples could not do earlier in this chapter. Sometimes, when some of us want to do something and could not, they put their red-eye on someone or those who are trying.

Everything is By God’s Power.

The disciples who tried to stop this man may be thinking that Jesus is only for them. They saw the man casting demons in Jesus’ name and they were fast to stop Him.

Jesus’ reply shows that he did not have as restrictive a view of who could legitimately participate in his mission as his disciples did. Also, the casting out of demons was done by God’s power, and his power was not limited to the Twelve.

This is also what happened in Numbers 11:26–29, where Joshua tried to get Moses to stop Eldad and Medad from prophesying in the camp of the Israelites.

Moses reminded Him that He was even happy that God bestowed His spirit on Eldad and Medad who had received the spirit despite that they were not in the company of the elders, therefore, if God is willing to use them, Who is Moses to stop them. The Lord works with whoever he wishes.

Instead, we thank God who is using them. Everything is by His grace. Let us learn to work together with people working for and with us.

Therefore Do not stop Him or her when God is using him/her. Do not stop Him because you do not understand what is behind him. Let us encourage one another and chisel away every form of dissension among us.

The words of Saint Paul could be a guide to all of us. Paul says to the Corinthians:

“ You are still worldly. For since there is jealousy and quarrelling among you, are you not worldly? Are you not acting like mere humans? For when one says, “I follow Paul,” and another, “I follow Apollos,” are you not mere human beings?

What, after all, is Apollos? And what is Paul? Only servants, through whom you came to believe as the Lord has assigned to each his task.

I planted the seed, Apollos watered it, but God has been making it grow. So neither the one who plants nor the one who waters is anything, but only God, who makes things grow.

The one who plants and the one who waters have one purpose, and they will each be rewarded according to their labour. For we are co-workers in God’s service; you are God’s field, God’s building.

May God give us the grace to understand this and live in unity. May He be with you today. Amen