SIGNIFICANCE OF THE CRUCIFIX 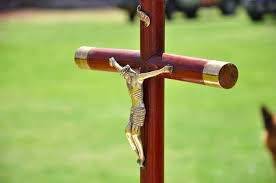 Title: SIGNIFICANCE OF THE CRUCIFIX

I welcome you to the fifth Sunday of Lent. In today’s edition of our Sunday Rice and Stew (Catholic Catechism), we shall take a look at the Crucifix. We will look at why Catholics keep Crucifixes in their homes, offices, Vehicles etc.

Firstly, I will like to differentiate a Cross from a Crucifix.

A Cross is a mark, object or figure formed by two short intersecting lines or pieces.

Below is a picture of a CROSS. 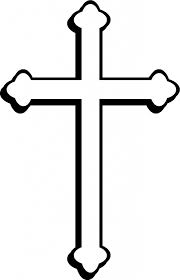 A Crucifix on the other hand, is a representation of a cross with a figure of Christ in It.

Below is a picture of a CRUCIFIX. 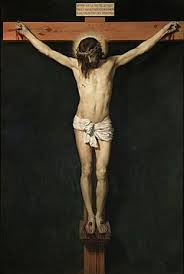 Many non-Catholic Christians are uncomfortable with the display of a crucifix – a cross with an image of Christ’s crucified body.

They prefer to display an empty cross. If Jesus was raised from the dead, they reason, why should we depict him still on the cross?

Next, we must note that historically, discomfort with the crucifix has often had more to do with anti-Catholic sentiment than with genuine concern that Jesus’ resurrection is being forgotten.

Despite clear references throughout the New Testament to the importance of the cross as a sign of Christ’s victory over evil (see 1 Cor 1:17-18), many early Protestants rejected any use of the cross at all – even an empty one – as a sign of “property.”

Nevertheless, those who are genuinely concerned that, in the crucifix, the resurrection is unduly overshadowed by the Crucifixion should read the messianic prophesy of Zechariah: “They shall look on him whom they have thrust through, and they shall mourn for him as one mourns for an only son, and they shall grieve over him as one grieves over a firstborn” (Zec 12:10).

SIGNIFICANCE OF THE CRUCIFIXES

The crucifix has many significance which includes

The church teaches that a Crucifix be placed at the altar at mass to remind us of Christ ultimate death on the cross.

A mark of Victory

When the people look on their crucified Lord, the prophet says, God “will pour out” on them “a spirit of grace and petition” (Zec 12:10), Because the Crucifix is our mark of Victory.

No wonder, then, that in the old legends, the demons, vampires, and other evil creatures cannot bear to look at a crucifix.

It reminds the forces of darkness that they have been defeated by Christ’s death on the cross (see Col 2:13-15)

Catholics have long found this to be true whenever they gaze with love on this image of Jesus’ sacrificial death.

The crucifix, helps us to reflect upon our lives especially during this holy season of Lent. It draws us towards the redemptive work of Christ on the Cross and Help us to search ourselves and be the best of ourselves.

The crucifix inspires in them the graces of a deeper gratitude for this greatest of gifts (see Ps 116:12-13), as well as a more intense aversion to sin, which led him to the cross (see Rom 6:1-12).

The Crucifix indeed is symbol of Hope for all Christians. When we look how Christ suffered for us on the Cross and died for us, we are consoled.

Whatever challenges that come our way, we should be able to look at Christ Crucified and see what hope lies for us. Those who suffer now with Christ, will be raised up from the death with Him.

Finally, we should note that when we are suffering, meditation on a crucifix comforts us by recalling that Christ suffers with us (see 2 Col 1:5-7). Our sufferings have great value when we join them to his (see Col 1:24).

May God help us to know more about the Crucifixes and see it as a sign of our Victory. Happy Sunday

Jesus comes to Save and Not to Condemn Us. Sunday 5th Week of Lent