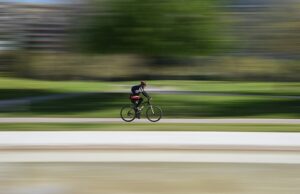 Action refers to something that is done. It is very different from thinking, saying and wishing. The action comes in when we do what we say, think and wish. What makes the difference both in our spiritual and physical lives is what we do to be what we are.

The action simply says if you are truly a Christian, then do what shows you are one. If you want to be successful, then quit wishing it and start doing what will make you successful.

If you wish peace and joy for your friends and family during Christmas, then make sure you work for peace in your family and wherever you are.

Matthew 7:16 says that by their fruits we shall know them. What makes the difference is the fruit, the action, and what we do. Matthew 7:21 says it is not all those who shout Lord! Lord! will enter God’s kingdom but those who do His will.

This is the clear cut difference between the two sons in today’s gospel. One says yes but does not do the will of the father and another says no but later does the will of the Father.

In the gospel, Jesus seeks the opinion of the chief priests and the elders on who actually does the will of God. He tells the parable of two sons sent by their father to go and work in the vineyard.

The first son said no but later changed his mind but the second one said yes but did not go. He puts the question that among the two who is the one that does the father’s will. They answered that it is the first.

This particular parable was about the Jewish leaders who have rejected the call for conversion by John the Baptist, refused to listen to the message of Jesus but only interested in protecting their authority and the law. What they teach people is very far from what they do.

Hence, Jesus is making it known to them that tax collectors, sinners, prostitutes who hear the word of God and repent from their sins will enter the kingdom before them.

When we work towards making a change, there will surely be a change one day. But when we continue to wish for a change, it remains a figment of the imagination. Change comes when we do what we think, wish and pray for. We pray for grace and work with the grace we prayed for, says St, Francis of Assisi.

A reporter once asked Zidane, the former Real Madrid Coach, why he does not react so much when his players miss clear cut chances to score goals. Zinedine Zidane replies “ you cannot score any single goal by jumping or shouting outside the field. To do so, you have to enter and play the game.

In any match, the coach advises but it is the player that scores”. Therefore, only those who enter the field score, not those who shout and jump out of the field. Action is the key.

If we wish that progress comes to us, we have to take action towards the progress. Action makes the difference.

In 1 Samuel 17, the Israelites were wishing on how Goliath would be defeated but it took David who entered the fight to do so. We pray and work. We do not pray and sleep waiting for manna from heaven.

Secondly, to be a true child of God, we have to obey God who we call our Father and do what He says. Our relationship with God is supposed to be a Father-child relationship. Since we pray and fast. God also demands our obedience to do whatever He says.

If truly we are children of God, we have to do like one. We have to live in love, touch souls, live in peace and help those in need. This is when we do not promote hatred, envy, jealousy, wickedness, evil, and disobedience to God but obedience to His word, mercy, forgiveness, peace and unity.

Well done is so much better than well said, says Benjamin Franklin. What makes the difference in the two sons is not the yes or no but the doing.

This calls for a total turn around. It is a call to repent from our sins every time we hear His word.

When We lose the reverence for the Spiritual.

When We lose the reverence for the Spiritual. Monday 3rd week of Advent

When We do not Understand What God is doing. Wed 3rd Week Advent