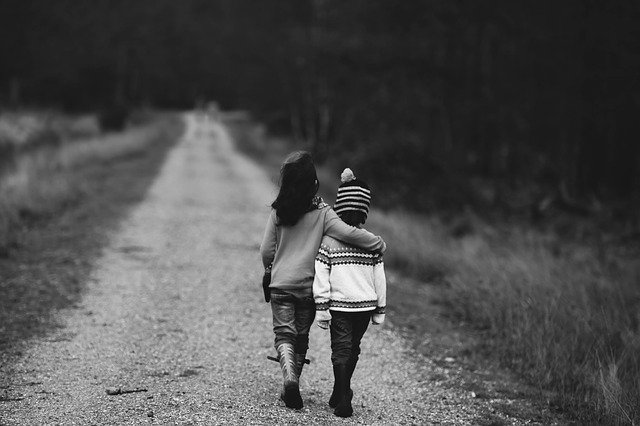 Breakfast with the Word Thursday 3rd Week of Advent

Sometimes we find it very easy to say negative things about others. Many of us find it very hard, to tell the truth about others, maybe because of the little encounter we had with the person in the past. In today’s gospel, Jesus teaches us to do otherwise.

Today’s gospel reading is a continuation of that of yesterday. We remember that yesterday, John sent some of his disciples to Jesus to inquire if He is the One to come or are they to wait for another person.

John may have asked this because Jesus is yet to exhibit the qualities of the Messiah the people expect.

Then to ascertain that He is, Jesus points to the works that He has done already. It is after this, that today’s gospel begins. So, in this gospel, Jesus begins to tell the people about John the Baptist.

When We do not Understand What God is doing.

When We lose the reverence for the Spiritual

To Rejoice In The Lord Always

When We lose the reverence for the Spiritual.

Here, the pointer is that after several years, no prophet was heard or seen in the land of the jews. It was said that for a hundred years the voice of God through the prophets was silent.

No one reminds the people about God again like the prophets of God, until John comes to the scene. So, when John came, the people felt a big change. They felt the presence of God again.

This drew a lot of people to him. His coming brought a change in the life of the people and many people regard him as a mighty prophet.

Let us remember that people see the prophets of old as mighty and great, examples are Elijah, Elisha, Isaiah, Daniel etc.

Most of these prophets speak ahead of what may happen. So, when John came and then was talking about the Messiah who is to come, many people believed him and began to ask John what they could do to change (Luke 3:10-14).

The truth is that the people see John as much more than a prophet. He is the one that prepares the way for the messiah.

Therefore, by preparing the way for the Messiah, John would have known actually that Jesus is the true Messiah. There is no need of sending people to confirm if Jesus is truly the messiah.

Therefore, one expects Jesus to criticize or speak ill of John and also expects the people to lose hope in John.

How can a prophet that has been preparing the way for the Lord could not understand again, who the Messiah is? But instead of speaking ill about John, Jesus does the opposite.

Instead of criticizing John for such an attitude, Jesus praises Him more. He uses this encounter to let people know that John is a mighty prophet and more than a prophet.

Therefore, Jesus teaches us today one of the most important things we have to imbibe in our relationship with people.

Jesus would have used that opportunity to make the people believe that John is not a prophet. Jesus would have praised Himself more and degraded John the baptist. But He did not.

Jesus teaches us not to be fast to tell people negative things about others, rather, we have to say the truth about others. Jesus would have spoken more of himself than John but Jesus was fast to uplift, praise and commend John.

Do we always think of how to bring someone down or bring the person up? What do we tell people about others in secret? Do we laugh in the presence of someone but go at the back to maim Him?

The pointer is that people have already known the person you want to disfigure his/her personality. From what you say, they will immediately analyze you. You can see that what Jesus says about John today made the crowd happy.

Many of us would have used this opportunity to criticize and maim the other person, but instead of doing that Jesus does the opposite.

Jesus was fast to speak good of John because He understands John more than anyone. If we are in the position of Jesus, many of us would have used that opportunity to maim the personality of John. Jesus would have asked, “I thought John is a prophet, it seems John is now confused”. Jesus did not do that, rather He praises John more.

The Least in the Kingdom of God.

In the gospel, Jesus says “‘I tell you, of all the children born of women, there is no one greater than John; yet the least in the kingdom of God is greater than he is”. This is one of the confusing verses in the bible, Many would ask how John would be the least after all he has done for the messiah.

The pointer here is that Jesus is not in any way degrading the position, the role or the importance of John the Baptist.

Rather, Jesus is using the opportunity to let people know the importance of belonging to the Kingdom of God.

Therefore, no earthly ranking is more important than being a member of the kingdom. Therefore, Jesus uses John whom they already know as a great person to stress the importance, greatness and need to be part of God’s kingdom.

In essence, we have to make an effort to belong to this. There is nothing we acquire on earth that can equal the kingdom of God. In 1 Corinthians 2:9, Paul says “Rather, as it is written: “ No eye has seen, no ear has heard, no heart has imagined, what God has prepared for those who love Him. So, although Jesus tells good things about John, Jesus uses him to also speak of the importance of being a member of God’s kingdom.

What You tell about Others Says This.

Jesus does not talk about John today as a way to flatter Him. The gospel of today says that immediately the messengers of John the Baptist leave, Jesus then begins to tell the people about John the baptist.

Therefore, what Jesus is saying is that the fact they wander into the wilderness to encounter John is already a confirmation that John is a mighty prophet. And of all born, there is no one greater than John. So, Jesus talks the truth about everyone. He praises John the most because he knows the influence and importance the name of John is to the people.

Many of us would not have done this. Rather, we will use this opportunity to convince the people that John is not what he claims to be.

Therefore, Let us always tell the truth about others. What you tell others is already proof of who you are. By proving to the people that John is a mighty prophet, Jesus is invariably telling the people that He is the messiah because John came to prepare the way for the messiah.

Jesus infers this when he says that John is much more than a prophet. He is the one of whom scripture says “See, I am going to send my messenger before you; he will prepare the way before you”.

Therefore, He is the one that was already affirmed by the scripture to prepare the way for the Lord. Let us be careful what we tell people about others.

Today many of us have made ourselves instruments of the devil. We have told lies to curry favour or to appear good in front of others.

Many people have told lies about someone to their friends and family, just to blackmail the image of that person. Some people are suffering betrayal from their most trusted friends and relatives.

Many Christians tell lies about the person they are working with to block something good from coming to that person.

Some tell lies to an incoming suitor, so as not to make the young lady marry. We have to be like Jesus and not the other way round.

When we see something good that someone does or is doing we pay a blind eye to it but when we see a little mistake, we enlarge it and become the first to announce it to the world. We have to know that no one is immune from mistakes. What you tell, about someone today, we may also make the same mistake tomorrow.

Let us use that time to work on ourselves, rather than moving around using another person’s name as the morning news.

May God have mercy on us and give us the grace to live in peace with others. Amen

When We do not Understand What God is doing. Wed 3rd Week Advent

When We truly belong to God: Breakfast with the Word: December 18