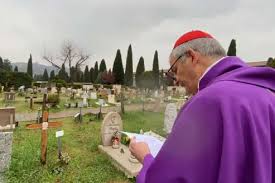 The church teaching on indulgence is one that most people don’t really understand. Some persons have this idea that once a sin is forgiven, there is no need for indulgence while other have it that indulgence have no use one a person say the penance after confession.

In this article we shall look into some of the catholic teaching on indulgence.

The term indulgence is a latin word indulgentia, from indulgeo, meaning ‘permit’. Indulgence is the Full or partial remission of the sins of an individual. An indulgence does not remove the guilt of sin, nor does it provide release from the eternal punishment associated with unforgiven grave sin.

The Catholic Church teaches that indulgences relieve only the temporal punishment resulting from the effect of sin (the effect of rejecting God the source of good), and that a person is still required to have their grave sins absolved, ordinarily through the sacrament of reconcilation, to receive salvation.

Similarly, an indulgence is not a permit to commit sin, a pardon of future sin, nor a guarantee of salvation for oneself or for another.

Ordinarily, forgiveness of mortal sins is obtained through Confession (also known as the sacrament of penance or reconciliation)

In the early church, especially from the third century on, ecclesiastic authorities allowed a confessor or a Christian awaiting martyrdom to intercede for another Christian in order to shorten the other’s canonical penance. During the Decian persecution, many Christians obtained signed statements (libelli) certifying that they had sacrificed to the Roman gods in order to avoid persecution or confiscation of property. When the Lapsi later wished to once again be admitted to the Christian community, some of the lapsi presented a second libellus purported to bear the signature of some martyr or confessor who, it was held, had the spiritual prestige to reaffirm individual Christians. Bishop Cyprian of Carthage insisted that none of the lapsi be admitted without sincere repentance.

The Council of Epaone  in 517 witnesses to the rise of the practice of replacing severe canonical penances with a new milder penance: its 29th canon reduced to two years the penance that apostates were to undergo on their return to the church, but obliged them to fast one day in three during those two years, to come to church and take their place at the penitents’ door, and to leave with the catechumens. Any who objected to the new arrangement was to observe the much longer ancient penance.

The 6th century saw the development in Ireland of Penitentials,  handbooks for confessors in assigning penance. The Penitential of Cummean counseled a priest to take into consideration in imposing a penance, the penitent’s strengths and weaknesses. Some penances could be commuted through payments or substitutions. It became customary to commute penances to fewer demanding works, such as prayers, alms, fasts and even the payment of fixed sums of money depending on the various kinds of offenses (tariff penances). While the sanctions in early penitential, such as that of Gildas, were primarily acts of mortification or in some cases excommunication, the inclusion of fines in later compilations derive from secular law.

By the 10th century, some penances were not replaced but merely reduced in connection with pious donations, pilgrimages, and similar meritorious works. Then, in the 11th and 12th centuries, the recognition of the value of these works began to become associated not so much with canonical penance but with remission of the temporal punishment due to sin. A particular form of the commutation of penance was practiced at the time of the Crusades when the confessor required the penitent to go on a Crusade in place of some other penance.

The earliest record of a plenary indulgence was Pope Urban II’s   declaration at the Council of Clermount (1095) that he remitted all penance incurred by Crusaders who had confessed their sins in the Sacrament of Penance,  considering participation in the crusade equivalent to a complete penance.

Theologians looked to God’s mercy, the value of the church’s prayers, and the merits of the saints as the basis on which indulgences could be granted. Around 1230 the Dominican Hugh of St-Cher proposed the idea of a “treasury” at the church’s disposal, consisting of the infinite merits of Christ and the immeasurable abundance of the saints’ merits, a thesis that was demonstrated by great scholastics such as Albertus Magnus and St. Thomas Aqunias and remains the basis for the theological explanation of indulgences.

The granting of indulgence was predicted on two beliefs. First, in the sacrament of penance it did not suffice to have the guilt (culpa) of sin forgiven through absolution alone; one also needed to undergo temporal punishment (poena, from p[o]enitentia, “penance”) because one had offended Almighty God.

Secondly, indulgences rested on belief in purgatory, a place in the next life where one could continue to cancel the accumulated debt of one’s sins.

INDULGENCE IN THE CATECHISM OF THE CHURCH

The catechism of the catholic church paragraph 1471 and 1479 gives us a better view of indulgence.

“An indulgence is a remission before God of the temporal punishment due to sins whose guilt has already been forgiven, which the faithful Christian who is duly disposed gains under certain prescribed conditions through the action of the Church which, as the minister of redemption, dispenses and applies with authority the treasury of the
satisfactions of Christ and the saints.”

An indulgence is obtained through the Church who, by virtue of the power of binding and loosing granted her by Christ Jesus, intervenes in favor of individual Christians and opens for them the treasury of the merits of Christ and the saints to obtain from the Father of mercies the remission of the temporal punishments due for their sins.

Thus the Church does not want simply to come to the aid of these Christians, but also to spur them to works of devotion, penance, and charity.

Since the faithful departed now being purified are also members of the same communion of saints, one way we can help them is to obtain indulgences for them, so that the temporal punishments due for their sins may be remitted.

TYPES OF INDULGENCE AND HOW THEY ARE OBTAINED

An indulgence according to the church teaching may be

Partial indulgence which remits only part of the temporal punishment, i.e. cleansing, due to sin.

To gain a plenary indulgence, upon performing the charitable work or praying the aspiration or prayer for which the indulgence is granted, one must fulfil the prescribed conditions of:

The minimum condition for gaining a partial indulgence is to be contrite in heart; on this condition, a Catholic who performs the work or recites the prayer in question is granted, through the church, remission of temporal punishment equal to that obtained by the person’s own action.

Since those who have died in the state of grace (with all mortal sins forgiven) are members of the communion of saints, the living can assist those whose purification from their sins was not yet completed at the time of death through prayer but also by obtaining indulgences in their behalf.

Since the church has no jurisdiction over the dead, indulgences can be gained for them only per modum suffragii, i.e., by an act of intercession. This is sometimes termed ‘impetration’, which Aquinas explains “…is not founded on God’s justice, but on His goodness.

May God help us as we learn about this teaching of the church and apply them where necessary.

Have a wonderful sunday.