Journey with St. Teresa of Calcutta in the Lenten period 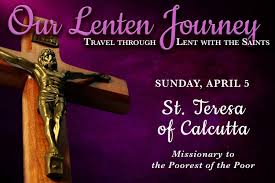 As we continue on our Lenten journey, we meet with this saint known for her works of charity and love St. Teresa of Calcutta.

Born Anjeze Gonxhe Bojaxhiu, on 26th August 1910. In Skopje (Now the capital of North Macedonia), she lived in Skopje for eighteen years. She later moved to Ireland and then to India, where she lived for most of her life.

Life of the Saint

At age 12, St. Teresa was convinced that she should commit herself to religious life. Her resolve was strengthened at 18 on 15th August when she prayed at the shrine of the Black Madonna of Vitina-Letnice, where she often went on pilgrimages.

She joined the sisters of Loreto in Ireland to learn English with the intent of becoming a missionary, and never saw her family again.

In the year 1931, 24th May, she took her first vow and chose to be named after Therese de Lisieux, the patron saint of missionaries, but because a nun in the convent had already chosen that name, she opted for its Spanish spelling (Teresa) she took her solemn vows on 14th May 1937 while she was a teacher and taught for 20 years.

Her call to leave the convent 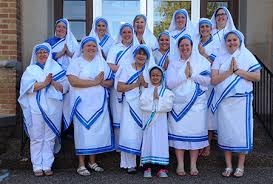 On 10th September 1946, Teresa experienced what she later described as “the call within the call”.

According to her quotes “I was to leave the convent and help the poor while living among them, it was an order to fail would have been to break the faith.

What can we learn from her during this Lenten season? 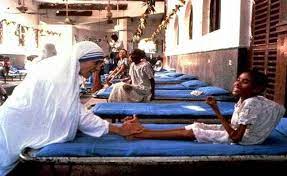 The home of the pure heart (Nirmal Hriday) opened by St. Teresa was started with the intention to give free medical attention and they practice their faith.

From this Saint life style, one can see no discrimination of the other religion, she loves all and cared for all irrespective of their religion.

On this she once quoted that “A beautiful death, is for people who lived like animals to die like angels, loved and wanted”.

On 28th August 2010 marking the 100th anniversary of her birth, the India president Pratibha Patil Said Cloud in a white sari with a blue border, she and the sisters of missionaries of charity become a symbol of hope to many, the aged, the destitute, the unemployed, the diseased, the terminally ill, and those abandoned by their families.

St. Teresa died on 5th September 1997 due to ill-health after she resigned on 13th March, 1997 as the head of the missionary of charity. 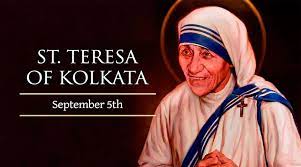 St. Teresa feast day is on 5th September the day of her death.

May God grant us the grace to learn from this Saint, Teresa of Calcutta on how to live and relate with those around us in this Lenten period and beyond. God bless you. 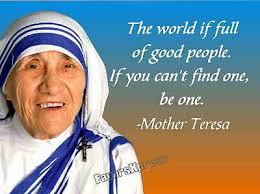