Do Not Be The First to Cast Stones. Monday 5th Week of Lent 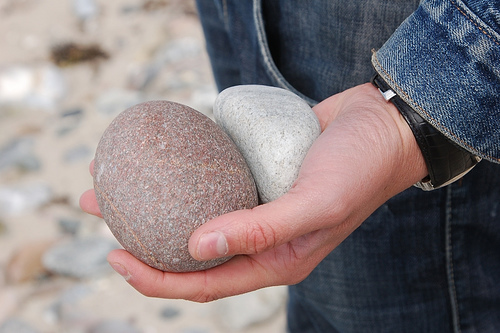 Breakfast With the Word Monday 5th Week of Lent

To cast stones here is that earnest desire to be the first to condemn, destroy and kill the personality of someone. It is when we are very quick to criticize, attack, and conclude on what someone did.

There are times when we hear stories about someone, instead of verifying the truth, we rush to easily bring the personality of the person down.

There are people today who are passing through accusations, condemnation and backbiting from people. Sometimes we easily cast stones on people without knowing the truth.

Many people today are dying in silence because of how someone they were once close to or helped destroyed their image.

There are people immediately when they hear a particular story about someone, they will be the first to judge the person. Before we cast stones on anyone, remember your faults and weaknesses.

Unless A Grain of Wheat dies

When We close our Hearts

Living for God: Breakfast with the Word

True Relationship with God: The Meaning, Challenges and How To

Are We Open to Jesus?

If God says So: Reflection on the Feast of Saint Patrick

If You want to be made Well

Do not be the First to Cast Stones: The Readings.

The two readings of today have two cases of women accused of adultery. The woman of the first reading, known as Susanna was falsely accused while the woman of the gospel was guilty. Both of them were already on the brink of facing capital punishment before Daniel and Jesus intervened.

In both cases, the men are missing. The same men are the ones who are desperate to end their lives, but God came with a different undertone to save and forgive.

In the first reading, the people have already concluded that Sussana committed adultery. It happened because of the testimony of her accusers. It was Daniel that came to the rescue.

There are also times when we hear negative things about other people, but instead of calling them to know the truth, we become the first to cast stones on them, destroy them and maim their image.

We enjoy talking about others at their back more than we talk about how to help them. Like the people in the first reading, sometimes we can easily make a rash conclusion thinking that what we hear about the person is the truth.

Many people today hardly support you in life or help you in any way. Even when you are doing well, they pay a close eye to it. But when you make a single mistake, then you will come to understand that they have been hiding all these while waiting for their pound of flesh.

In the second reading, the accusers said that they caught the woman in adultery, then the question that we ask is “what of the man? Did he run away? Why only the woman?

Many times, some people are intimidated. We attack them because we feel they have no one to speak for them. But as Daniel and Jesus came to the rescue, God has a way to save his own.

Easy to Destroy Others.

Today we find it very easy to destroy the image of others and talk about them. Sometimes when we come before the people we condemn, we pretend to be friends, brothers and sisters, but in our minds, we hate them.

Some people come to laugh with you, but if given a little opportunity, they can eliminate you.

Sometimes we tend to hate someone for no reason. Many times this hatred is because of what we hear about the person. Hence, we find it easy to swallow and accept the negative things we hear about people, not minding verifying the truth.

As the woman of the first reading Susanna, most of the things we believe and talk about people are very far from the truth.

We seem to be busy and occupy ourselves with someone’s life and name, and we tend to forget we are not even better. There is no one without a weakness.

Jesus told the Pharisees, let He who has no sin be the first to cast stone. We find it very easy to throw stones forgetting we have not been better.

Therefore, it is always better to correct, advise and direct than maiming, killing, and backbiting yet come to the person to smile.

Paul taught that there is none righteous, no, not one (Romans 3:10). That included himself. He sometimes found himself doing wrong (Romans 7:15). Let us love and follow each other in the way the master taught us.

Jesus forgives the adulterous woman and asks her never to sin again so that nothing worse could happen to her. Other people are eager to condemn, but Jesus desires to forgive. Others want to kill, but Jesus wants to save. Therefore, like Jesus, let us be the instrument of saving people rather than inflicting harm.

It is also good to condemn evil when someone does evil. Jesus sometimes condemns the Pharisee. So, It is good to stand up and say no to evil. But, let us always get the sinner back to God than condemning him or her out-rightly.

May God bless and He give us the grace to live like Jesus, love like Jesus and forgive like Him. May He never allow you to stumble. Amen.

Our Love for Jesus: How to show the Love for Him. Monday Holy Week