The Feast of Holy Innocents: A Reminder of what to expect in the World 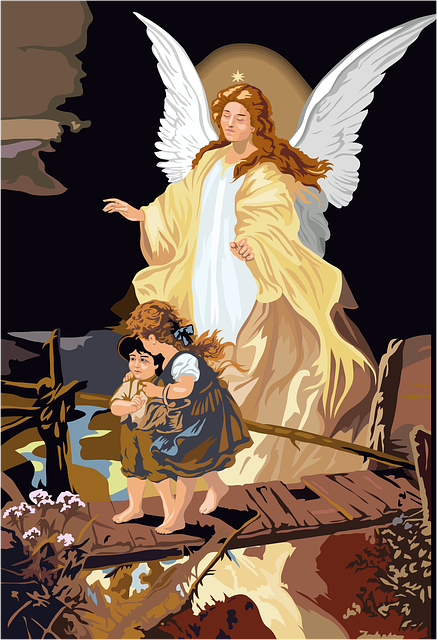 Breakfast with the Word Feast of the Holy Innocents

The Holy innocents are the children massacred by Herod after the birth of Jesus Christ. After the birth of Jesus, three wise men came from the east in the search of Him. They saw a star which reveals His identity as a King of the Jews. Hearing this, Herod was disturbed. He requested they come back and report to Him after finding Him.  But the three wise men were warned by the angel not to follow his orders.

When Herod hence realized that he has been tricked by these men, he became furious. Because he was so jealous and eager to protect his throne, he massacred all the children from one to three years. These children have not even heard about Jesus Christ and they suffered for what they do not know. They are thus known as the Holy Innocents. They died for what they are not guilty of, hence become holy because they died because of Jesus.

Trouble in the World

The coming of Jesus Christ is an event that brings joy, salvation, peace etc to the world. The irony is that everything that happens in the gospel today is stories of suffering, trouble, and distress. The Flight to Egypt is not an easy one. Imagine Joseph without any modern means of transportation making a long journey. Today, we take the flight to Egypt as one of the seven sorrows of the Blessed Virgin Mary. This is because such a journey must be full of pains and sorrows.

Many would ask that since God knows the intention of Herod, He would have stopped Him through His omnipotent power than allowing the Holy Family run from a mere human king. But God uses this encounter to prepare our minds of what we are going to expect as far as the world is concerned.

In the gospel of John 16, Jesus takes His time to prepare His apostles for the things that are awaiting them. In verse 33 He reminds them that in the world they must have trouble.

The world as used here refers to those who are against the messages of Jesus, those who do not understand Him and the enemies of the gospel. Herod acted the way He did because He thinks that Jesus is coming to take the throne away from Him. In essence, He lacks a true knowledge of who Jesus is.

Therefore, there is always a constant battle between those who lack true knowledge of Him and His sincere followers. There is a sharp contrast between the kingdom of heaven and the kingdom of the world, between good and evil, etc.

To be A true Follower of Jesus.

To be a true follower of Jesus is to be able to remain strong and not to lose faith despite the oppositions and challenges that come our way. Like the Holy Innocents who paid and sacrificed with their lives for the sake of Jesus Christ. It is this constant readiness to sacrifice whatever we have for the sake of Jesus.

This is the readiness to die to sin and faithlessness. It comes with this will not allow anything to make us lose faith. To be a Christian is not a promise of a world without persecutions and trouble. But the ability to endure and remain resolute despite whatever that comes against us.

Imagine the pains of the mothers of these children, who watched how these holy innocents are massacred in cold blood. They also have been waiting for the coming of the Messiah but theirs have turned into emotional pains, internal distress and deep trouble.

This is a glimpse of what Jesus says in Matthew 10:34, that His coming is not only going to bring peace but sword. Many are going to hate, misunderstand and persecute you because of your faith in Jesus. So to be a true follower of Jesus is the ability to know and endure these when they come. But always know that just like the will of Herod does not prevail, the will of God will always prevail in your case.

The Way to Escape

At the hour of trouble, the angel of God comes to the rescue. Like Joseph obeyed the voice of the angel and escaped, the only way to escape the troubles of the world is to remain obedient to God. He tells His disciples not to be afraid but to trust Him. It is a call to obey and remain calm when we are going through any form of trouble. We have to trust Him at this time the most. The flight to Egypt was immediate. There may be a lack of provisions for the journey even. But Joseph has to obey and trust in God’s provisions along the journey.

Secondly, Joseph does not know the evil plans against the child if not for the intervention of the angel. Therefore, the times of danger and troubles is a moment we have to be so close to God and not away from Him.

It is a time to intensify our prayers and search for ideas and inspiration out of the troublesome world. Hence this is the time we have to seek God’s intervention and grace. He knows the way out. So instead of rejecting God at this time, it is good to remain close to Him, listen and obey His inspiration.

Like God sends His angel to the rescue, God can inspire anyone to come to your rescue. Do not just lose hope. Herod tried everything to eliminate Jesus but could not. Let always know that despite whatever we may think or face in life. Only God has the final say.

May God give us the grace to be ready to sacrifice like the Holy Innocents and be willing to die to anything that will take us away from Him. May He bless you with more life as we prepare to enter the new year. Amen

Lighten That Fire. Feast of Saint John the Evangelist. December 27

The Canticle of Zechariah, Bless the Lord at All Times. 24th December

When the Grace of God is at Work. 23rd December

The Magnificat: A Way to Give Thanks to God. 22nd of December

Lighten That Fire. Feast of Saint John the Evangelist. December 27

In the presence of God. Breakfast with the Word December 29th