The Way to Save Our Lives: Sunday Breakfast with the word. 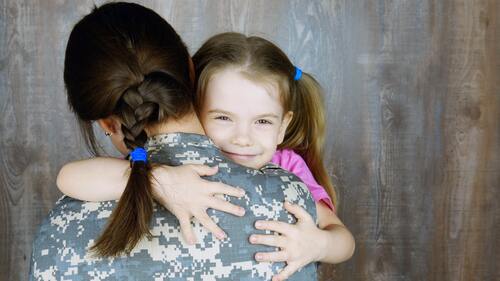 The way to save our lives is simply by obeying God and following Him. During the war, a man built an underground as a way to cover and protect himself and the family. It happens that whenever they hear the sound of the warplane approaching, he would signal His children to take cover at the underground. This continued for a long time. But in most of the cases after hiding in the underground to protect themselves, they would discover that despite their protective measures, no one would be killed around their premises. His children became tired of this and told their father that this protective measure serves no need, but their father insisted that they should not give up.

In the same way, when we listen to God and change from our evil ways to good as the first reading and the gospel suggest, we save our lives here and after. When we live the way God wants in humility, love and kindness etc removing jealousy and hatred as the second reading exhorts, we make this place a better place. This is a way we can save our lives and keep living even till eternity. The only way to save our lives is to obey the advice from the Creator who knows the world and how to survive in it.

The Reward for Every Deed

The emphasis of Ezekiel chapter 18 is that the soul that sins shall die. This is against the people’s original belief that when the father sins, the children will suffer the iniquities of their fathers. Hence, Ezekiel is using this chapter to encourage people to repent and go back to God. God punishes the sins of the person that did the act and not those who did not, despite the family affiliation. So the only way they can save their lives is to turn back from their evil ways.

The first reading and the gospel indicate that God is a God of a second chance. In His mercy, God expects us to repent and turn back from our evil ways. God is merciful, He is also a just God. Hence, God rewards righteousness and punishes evil and wickedness. And the only way one can save himself from God’s wrath is to abandon wickedness and then change our lives.

The first reading presents reward and punishment for each act one does. There is a reward when we commit our lives in doing good and there is eternal punishment when we choose to remain sinful and abandon God. God judges us according to the way we live our lives.

The Way to Live

In the second reading, Paul writes to the Philippians that despite everything, the only way He expects them to live is to unite in love and one heart. There is no other way a Christian should live if not to live in love. Our mind should only be in conformity to that of Christ and living not in jealousy, hatred, wickedness and selfishness. The best way to live is to live in unity and love, forgiving as Christ forgives, loving as Christ loves and sacrificing for one another as Christ does.

Paul uses Jesus as a reference point who despite His dignity, humbled himself and allowed Himself to be betrayed and crucified and yet, at last, He forgave the sins of all. If we can live in the love of another, forgiving one another, removing all forms of selfishness, the world would be a better place. If our leaders will hear this and put it into practice, we will surely create heaven on earth.

The problem is that today everything has been turned upside down and this is why we are suffering. Everyone one wants to make it in life by all means and yet the world is so hard to live in. We have made the world unsafe to live in because we are only interested in satisfying ourselves and can go along a way to achieve that. So the way to save our lives is simply in obedience to God.

Obedience is What God needs

In the gospel, Jesus presents three characters in His parable; they are the Father, the First Son and the second son.

The role the father plays in this parable is telling his sons to go and work in the vineyard. The father here represents God, who is always calling people to Himself.

The role the first son plays today is saying no but later accepted the Father’s invitation. This first son exegetically represents the tax collectors, sinners and prostitutes, who in Jesus’ interpretation are lax in the law but later come to repentance through the ministry of John the Baptist. In essence, they are those who people think are already condemned to damnation but later they repent of their sins. Though they may refuse at first, yet later they accept to come back to God.

The second son represents the chief priests, the elders, those who, despite their religious profession, disobeyed God by not believing in John. They are also exegetically interpreted as the Jews whom God chooses to be His people but later they turn and become Jesus’ main opponents and tormentor.

1.The Jews are seen as the main beholders of the law. They are taken as the people chosen by God. These people have a covenantal bond between them and God. They promised to obey but later turned against God and became disobedient. The key here is that what God requires from us is not necessarily our office, our position in the church and keeping to certain obligations. What God needs is our obedience. So the only way to save our lives to obey our creator.

2. God is more interested in our actions. The first son said no but later performed the work while the second said yes but later did not. Sometimes when we hear good sermons and homilies, reflections etc, we become happy and clap at it. We may make a decision to change our lives after it but later go back to our former lives. This, God detests. What we do with what we hear is what interests God most.

3. Just as the Father calls the two sons into His vineyard is the way God has been calling us to Himself and to work for him. God appreciates it when we say yes to him and do his will. He is constantly inviting us to work for Him. He needs our yes.

4. The parable is also an indication that no one is already condemned until He is condemned. Any person can change at any time and comes back to God. This is the only way to make God happy. To obey in doing the will of God is a certainty of being a citizen of heaven.

1. There are times when we feel God abandons us because of our pasts. Some people think that because of the deeds of their past, God is punishing them already and will never have mercy on them. Let us always know that God is very merciful and compassionate. The only way to win His heart again is to turn back to Him. Let us quit thinking that God has a record of our pasts. We delete our past once we decide to make a u-turn.

2. If the world can live on the biblical principles of love, forgiveness and unity, it will be like heaven. If every family will accept to live not just to satisfy their selfish interests but to live to help one another, there will surely be open doors. The problem is that we fill ourselves with enmity, hatred and disunity, yet we want to progress and need open doors. Where will the open doors come? Any family that lives in disintegration and misunderstanding hardly progresses. Imagine a family where everyone helps each other.

3. Whatever we do and however we live in this world, there is always a reward awaiting us at last. In His mercy, God is also just. He repays each one according to His deeds, (Romans 2:6). So when we live only in hatred, unforgiveness, wickedness and jealousy, let us not think we are doing the other person, we are also doing ourselves.

4. One thing that is peculiar in the gospel is change. The first son is disobedient yet he changes to become the obedient one while the last one is obedient and later changes to be the disobedient one. Anyone can change. Let us not easily condemn others because of their past.

5. Finally, if God has not condemned you, do not condemn yourself. God has given us another chance to repent and change our lives. Let us approach Him like the repentant thief. We need to seek His face again like what David did after His mistake. He is merciful to accept us again and forgive us of our sins. So stay inspired, remain faithful and be blessed, there is always a joy at last. Always know that God so much loves us.

May God bless you dearest and give us the grace to come back to Him. Amen. Happy Sunday

God Invites All to Partake in His Banquet

Joy At Last: Sunday Breakfast With the Word. Reflection

When You are Already Discouraged

The Pandemic and Faith:Interaction with Fr. Miguel M. Garcia.